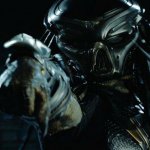 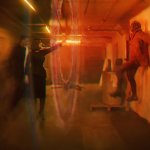 British director, Carol Morley brought her new existential, self-reflective, film noir, Out Of Blue, starring the incomparable Patricia Clarkson (Sharp Objects, The Maze Runner Series) to TIFF this year.  The synopsis weaves a tale of a New Orleans based detective, Mike Hoolihan (Clarkson), who is called to investigate a seemingly impossible murder of a  leading astrophysicist played by Mamie Gummer.  As Hoolihan gets deeper into the investigation, she becomes affected by the details of it that she can not comprehend.

This movie is a classic film noir, with elements of science fiction, but heavy on the murder-mystery thee.  The flirtation of sci-fi with as serious a concept as a human murdering another in cold blood shouldn’t really work.  Morley shows a hardened New Orleans, bathed in realism, still coming to terms with the aftermath of Katrina.  Cops like Hoolihan have seen it all.  All she knows is how to be a cop.  In fact, due to some trauma, she barely remembers much of her life before she enlisted in the Force several decades prior. 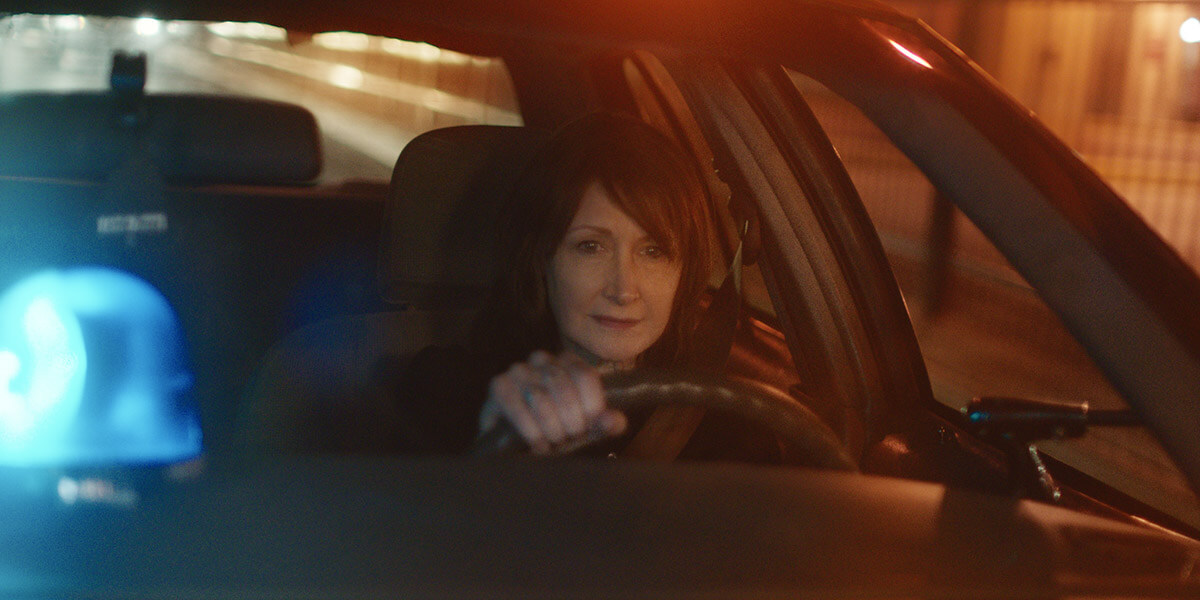 The science fiction element is introduced to us and the main characters once the victim (Gummer)’s life work is investigated for clues into her death.  As Hoolihan digs deeper, she starts to experience unexplained gaps in time, as well as light-headedness and eventual fainting accompanied by memories or flashbacks that may not be her own.

This film does a great job at building tension slowly.  This is affectively done, by Morley’s clever juxtaposition of our existence, reminding us that we are all made from stars, while weaving in and out of the mystery.  However, the triumphant chord that stitches this movie’s far-reaching, bold, concepts together like a clever tailor, is Patricia Clarkson’s performance as a troubled, mature, weather-beaten detective who has seen it all, but then realizes how much she hasn’t seen, how much she doesn’t know, all while going through physical changes that may be life-threatening, but the job… the job is all. 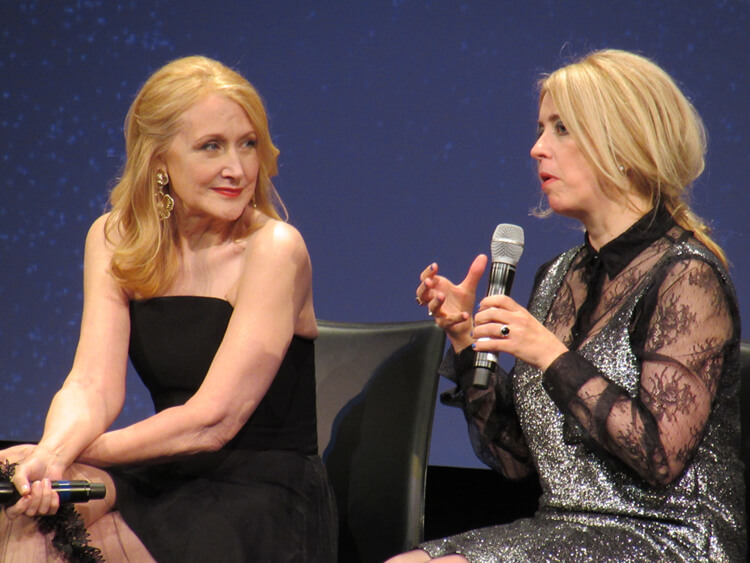 Clarkson, like in all of her work, attacks this role with a gentle ferocity.  As the mystery unfolds, you appreciate the subtle nuances and thoughtful choices she made throughout.  If you are a fan of film noir, if you love the epic extra-terrestrial juxtaposition of Malick’s The Tree Of Life, and you relish a good, old fashioned murder mystery that is investigated by a protagonist who may or may not have skin in the game, you will enjoy Out Of Blue.

When you do see it, feel free to drop a comment and let us know what you thought about it.