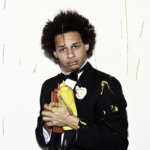 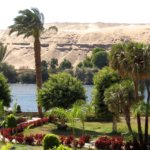 The best thing about TIFF is discovering the movies that people WILL be talking about once they get a wide release.  The movies that no one is talking about now, but after they see it… they’ll get it.  This was how I felt three years ago, when I saw Barry Jenkins‘ Moonlight.  When I saw it, and saw the performances and the vision of Mr. Jenkins displayed on the big screen, I knew it was special.  It was Mahershala Ali’s coming out party, that got him his first Oscar nomination and win, and of course, after buzz that really began at TIFF, it was notoriously chosen as Oscar’s Best Motion Picture of the Year.

I was there… first.  Did I love the film?  I definitely LOVED the first act, liked the second, and could’ve done without the third as stated in my review.  Last year, as often mentioned, in my reviews, I caught one perfect film out of 10.  It was, of course, Freaks, which may still be out in limited release at a theatre near you, so go see it.  This year… would I find a diamond hidden among the gems?

I went into Trey Edward Shults‘ Waves  not knowing anything about it except that Sterling K. Brown (This Is Us, Black Panther, Predator) was in it and he was a decent actor.  That is really the best way to go into this film.  Trailers, too much information, can sometimes completely change the way you take in a film.  That being said, continue reading at your own risk.

This is only Shults’ third film, and what a bold and ambitious mountain of a project he has undertaken here.  It starts as a story of a seemingly normal American family, but then slowly gestates into an intense family drama, that builds to a tragic crescendo, and just when you think it’s over…. think again.

I really don’t want to give any plot points away.  Everyone will be talking about this film when it gets it’s wide release on November 1, 2019.  It is a must-see.  As a result of these early screenings, bloggers are madly updating their Oscar predictions.  HollywoodNews.com has it listed as a contender for this year’s Best Motion Picture of the Year & Best Original Screenplay.  A24, the studio/distribution company behind Waves, continues to make amazing choices.  They are the studio that brought us brilliant films like Obvious Child, Ex Machina, Spring Breakers, Swiss Army Man, Moonlight, American Honey, The Florida Project, Hereditary, The Last Black Man In San Francisco, Midsommar, HBO’s acclaimed Euphoria, Uncut Gems, The Lighthouse & The Farewell (the last two films mentioned are also predicted to be up for Best Motion Picture of the Year along with Waves).  That’s just to name a few.  All of those mentions are original, emotion provoking, reflective, honest pieces of art.  No sequels, no huge stars, no superheroes.  Just… people.

In Waves, Shults tells a compelling story about a conventional family, but in ways that are anything but conventional.  One of the early shots in the movie employ a camera inside the cab of a moving car, and it is programmed to catch the actors interplaying as it spins on a 360 degree swivel repeatedly, capturing the interactions as well as the moving scenery.  He actually employs this more than once in the film.  It succeeds in achieving a closeness with the characters as most of the scenes in the cars were unscripted, and it almost makes you feel like you are in the car with them as the fifth member of this family.  He also masterfully choreographs long shots with the actors where multiple plot-lines are dealt with in one long unbroken take.  Quite often in the film, he relies on his brilliant cinematographer to fill the frame with dancing lights, and just soundtrack.  But one of the most interesting and boldest choices I’ve seen on film is his actual manipulation of the focal point by adding and removing the letterbox feature depending on the metaphorical perspectives of the main characters.  He even goes as far as to alter the aspect ratio changing from horizontal (widescreen) to vertical letterboxing in real time.  The way the story is told becomes just as important as the story itself.  For this, both him and his cinematographer deserve Oscar nods as well. 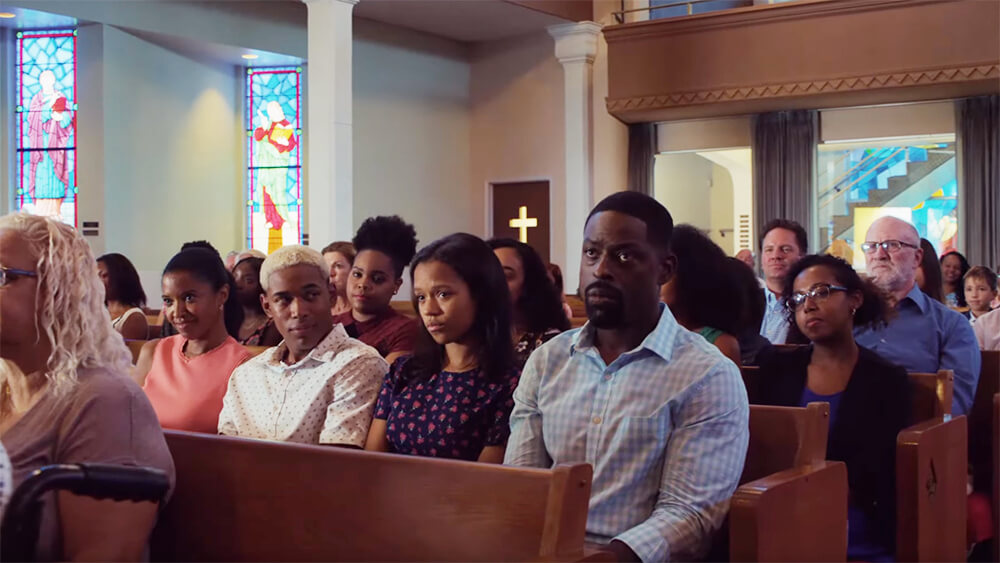 In the scenes where tension was slowly and carefully elevated, Shults chose to light the screen with bright, bold, neon colours, smoke and lights.  These scenes served to be an homage to the filmmaking style of Harmony Korine, most notably, Spring Breakers.  To hammer the tribute home, Harmony, himself, has a brief cameo in Waves.

The performances in Waves are deep, and astonishing, more so than Moonlight.  The two young stars of this film, Kelvin Harrison Jr. and Taylor Russell, should both be nominated for carrying this film the way they did.  Consummate professionals, both of them, hoisting unbelievably heavy content on their shoulders, delivering realistic emotionally-stirring performances.  Visually there are a lot of technical things that may remind you of a film like Spring Breakers, but Waves has some things that Korine’s film lacks, mainly substance and realism.  Even though it is a successful black family that these events happen to, in today’s America, these events could happen to any successful family in the country.  The ease of accessing drugs for today’s youth is a character in this movie, social media is a character in this movie, the nonchalant devil-may-care attitude of youth is a character in this movie.  Love is both the villain and hero at the same time in Waves.  It is the driving force behind the slow train wreck of the first part of the film, as well as the choices made after that.

Without saying too much about the plot, Waves is an epic family drama in two equally important and completely distinct movements.  In this way, and only this way, is it comparable to Jenkins’ Moonlight (although come Oscar time, I’m sure the naive comparisons will run rampant).  It bravely delves deeper than Moonlight did.  Emotions were played out in order to get closer to catharsis for the audience, rather than just inferred, or left up to interpretation like in Moonlight.  Waves will leave you more heartbroken and ultimately more satisfied once the credits actually do roll. 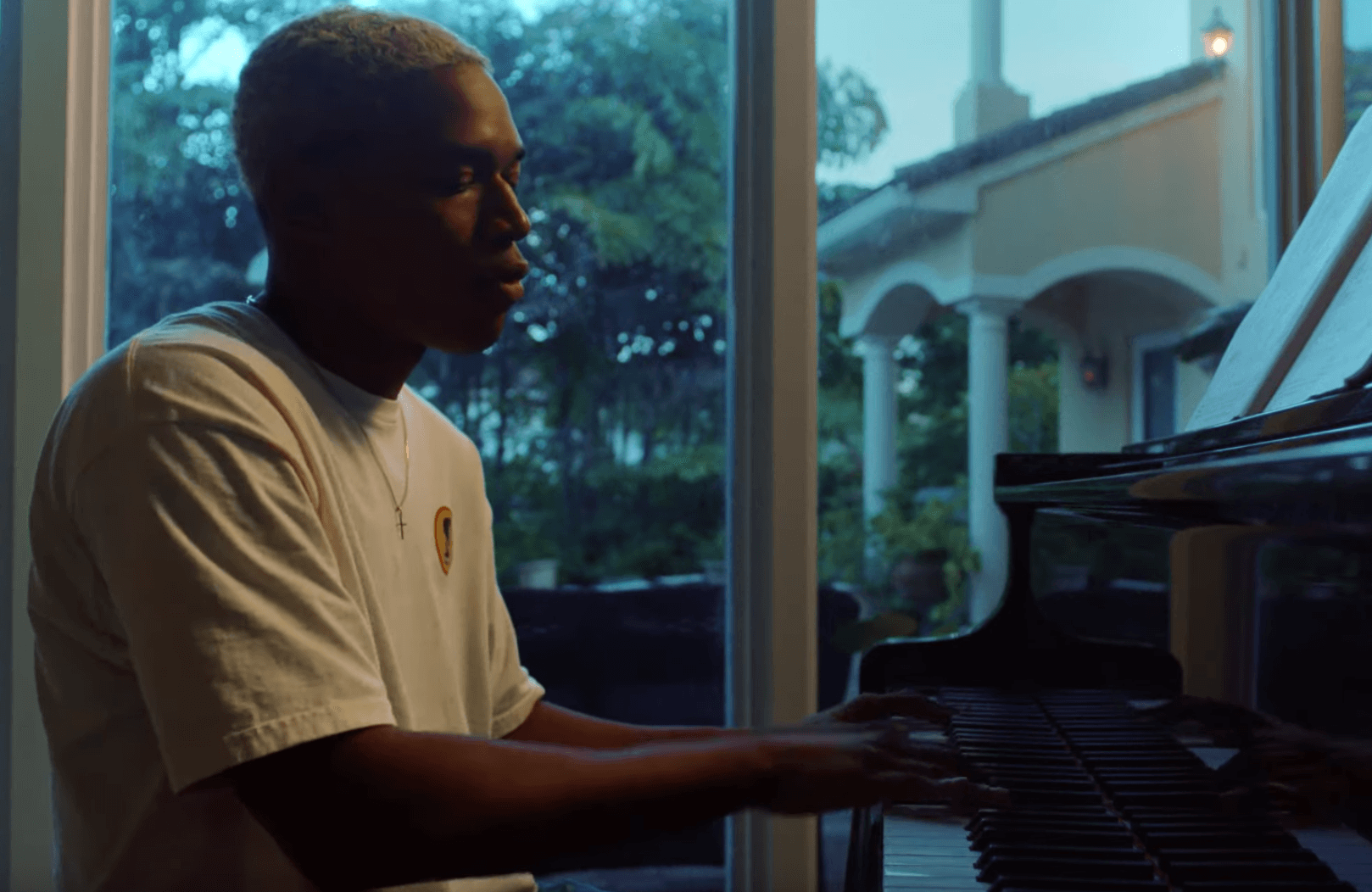 Simply by stating that there are two movements, as I have above, is almost a spoiler of sorts as the first half is long enough, detailed enough and complete enough to be it’s own film, also unlike Moonlight, who’s individual parts would not survive independently.  The unsuspecting audience (those who didn’t read this review) would actually think the movie is over when it fades to black.  Then, just as they contemplate gathering their things and trying to remember where they parked, almost magically light pervades the darkness, and the second movement takes off almost immediately after the tragic events of the first.

SPOILER ALERT:  I will not go into great detail here, but I would be remiss if I didn’t speak a little about the movements.  Stop reading here, if you’d rather wait to see it and interpret it for yourself (no plot details will be given here, simply a general description).

The first movement successfully digs you into an emotional hole of loss, despair, and regret.  The second shows you how this family, dealing with an impossible situation (as all families have to do at one point or another), had to find, within them, the tools to dig themselves out.

This is a complete film.  A brilliant tour de force of a film.  It is this year’s diamond in the rough.  When it hits the theatres, run, don’t walk, with your family to the theatre to be swept away for a few hours.  You will feel like you are drowning, but follow the lights… you’ll find your way back to the surface.