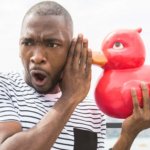 Time-travel has been the movie industry’s fickle mistress.  It is a fascinating topic and tool for screenwriters.  It is rooted in the world of sci-fi, but has also been used as a device for other genres like drama (The Time Traveler’s Wife), as well as romantic comedy (About Time), and several other Rachel McAdams films (seriously, …she starred in both of these films about leading men who could travel back and forth through time, four years apart…. I mean, come on, Rachel).

I digress.  Time-travel is rarely done right by film.  There are laws of physics and nature and relativity and such that promote time as a linear, one way street.  Only a few movies come to mind that have been able to believably traverse this 4th dimension with science in tact.  Most notably, the Back to the Future Movies (obvi); Star Trek IV:  The Voyage Home, because of the succinctly written plot and the immense effort put forth by the crew of the Enterprise not to interfere with the Prime Directive on the planet that it was created on — before it was created.  Trekkies know what I’m talking about.  The other movie of course, Timecop, because… Jean-Claude Van-Damne (need I say more?).

Synchronic is a fresh take on a time-travel piece.   Our two hero directors, Justin Benson and Aaron Moorhead, have a reputation for looking at things a completely different way, taking common ideas and giving them the ultimate Benson-Moorhead remix treatment, as they did with Spring (one of our reviewer’s favourite films) and their follow-up, The Endless.

All of the above referenced time-travel films could be considered fun romps through time, with some considerable dangers in the form of long-term “butterfly effects”.  Moorhead and Benson take those principals and darken them.  In the Q & A following the movie, Moorhead referenced those films and stated that “time travel is great…. for a white man.  The black man’s experience would be a very different, horrific one.”  Everything is darker.  In this film, time travel is achieved but only as an inadvertent side effect to a new illegal and potent synthetic street drug, and consequences,… well, they are immediate.  They wanted to make a film where the “monster” was, simply, the past.  This is the premise of Synchronic.

Benson and Moorhead are known for their great storytelling ability and amazing manipulation of home-made special effects.  With Synchronic, they had a bigger budget and a lot more runway to take off from.  Most notably in the recruitment of an A-level cast with Anthony Mackie (Avengers:  Endgame, The Hate U Give) and Jamie Dornan (Fifty Shades Freed, Fifty Shades Darker).  This, of course, means, that our boys are growing up.  We were looking forward to this screening.

Although both stars shine, this film is really a vehicle for Mackie to show some range.  He finds a way to manipulate the drug so that he can experience the side effect without the high.  He then uses that ability to try to piece together the mystery of Dornan’s missing daughter. 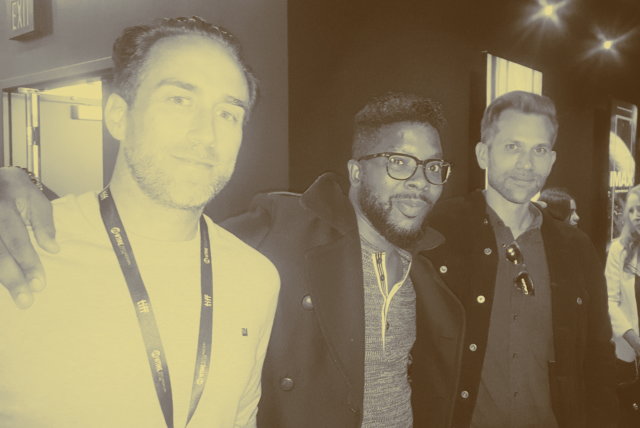 As storyline goes, it’s classic Benson and Moorhead creativity.  One or, most likely, both of these guys are going to be the next Spielberg.  They are constantly proving that they have the uncanny ability to think outside the box while playing within it.  They will be the ones to come up with legitimately original content while Hollywood keeps mass producing sequels and purchase properties from other mediums to be translated into film.

The only thing that Benson and Moorhead need to spend a little more time on in their films is character development.  They really nailed it in Spring (which is an absolute MUST WATCH), but this is where The Eternal failed.  We did not come to care enough for the main characters (played, in The Eternal, by Benson and Moorhead, themselves).  In Synchronic, we feel for Dornan’s and Mackie’s characters more than in The Eternal, yet still not enough to be moved.  Mackie had a real opportunity here, but in our opinion, it wasn’t maximized here.  There’s an opportunity there to draw the audience in further, to put more at stake for our characters.  This is a tough ask for directors rooted in sci-fi, but these guys have a magic to them.  They love movies, and they love audiences, and they love creating.  I consistently look forward to their next projects, because on one of those, they will get the formula just right, and they will have created this generation’s E.T., or Star Wars, or Back To The Future all starring Rachel McAdams.  These guys have it in them.

Synchronic is a great addition to the Benson-Moorhead world of weird and crazy good ideas, but their first big feature, Spring, remains the duo’s film to beat.

Treating Yourself Joins Forces With CCBE Expo for Cannabis Patients in Toronto Nov. 22-24, 2019