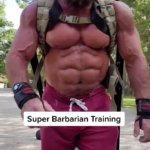 Steven P. Hamm “A Unique Individual In The World Of Entertainment ”

Aside from that Steve fits a plethora of acting roles that include his knowledge of army lingo. He is handsome, low-key and eager to take part in a variety of different film genres. He is also a triple threat as he is an actor, voiceover actor, and model. Steve and I exchanged question and answers regarding his career……

Before you became an actor you were an army helicopter pilot, do you see any similarities between the two and if so in what way?

There are some similarities. As a pilot, there are checklists to follow to ensure the safe operation of the aircraft. Actors should have their own checklist when getting prepared for an audition. To be good at either job, you have to train and practice consistently. Pilots can use simulators to practice emergency procedures or to just keep their flying skills honed. Actors can download scene scripts or use script reading apps to work on their acting skills. Knowing how to interpret a scene and make notes that answer questions will enable an actor to get into the character’s mindset to deliver an authentic performance. Working with an acting coach is essential as well.

There are many roles that fit into my wheelhouse. Ideally, I would enjoy playing a detective or an FBI agent. I’ve been told that I have that “look” for law enforcement.

What made you want to start acting?

Good question?? I would have to say that I’ve been an actor most of my life and didn’t realize it. Growing up as an only child, I would have imaginary friends and then act out scenes from my favorite TV show or movie.

My decision to take acting seriously came from attending a cold read workshop just before retiring from the Army. There was a thrill and exhilaration from bringing a character to life. The rest of the journey is a continuing story…

There are moments when the world seems to pause, describe a moment like that for you?

There has only been one moment like that for me- 9/11. I was on vacation in Florida when I saw it on the news. I was stunned and horrified. Little did I know how much my life was going to change from that moment forward.

Is the glass half empty or half full and why?

I’m DEFINITELY a glass half full type of guy. I wasn’t always that way. It’s a mindset that you have to develop. Looking for the positives in every situation is good for the body and mind. Life’s too short to think or worry about the negatives.

When you’re not focusing on the world of entertainment you double as a helicopter pilot, what exactly do you do at that job?

I’m a full time Lifeflight (EMS) helicopter pilot. My job is to safely transport critically ill or injured people to a higher level of care. This job requires keeping an eye on the weather, keeping the medical crew informed of any changes, and ensuring the aircraft is ready to fly. We work as a team so that every transport is smooth and efficient.

How do you prepare for a role?

I read the script thoroughly several times to get an overall idea of the project. Then it’s time to develop a biography/backstory for the character. If there isn’t one already, I’ll make something up to get into the proper mindset. Then it’s a matter of learning the lines and any blocking (movement) as necessary.

What advice would you give to someone who suddenly wanted to change their careers?

I would say GO FOR IT! If you’re unhappy with what you’re currently doing, find something that interests you and pursue it with passion. There’s no sense going through life being unhappy.

The official website for Steve Hamm may be found at https://www.stevehamm.org