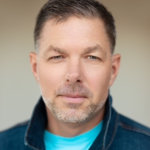 After the long pandemic haul, Red Fedora Comedy is back and ready to make a splash.

Who doesn’t love a good dad joke? This Father’s Day, audiences are invited to join five hilarious Canadian comedians for Dad Jokes: A Father’s Day Comedy Show on June 18th at the Clarke Memorial Hall, in collaboration with All Pets Rescue Services, and co-produced by Positive Productions.

Hosted by Bryan Hatt, Dad Jokes: A Father’s Day Comedy Show will feature Reese Turner, Cathy Boyd, Sandra Battaglini and Mike Rita as they share stories about family life, being a dad, being married to a dad, dad life during the pandemic, and everything in between.

COMEDIAN ON THE SHOW

Reese Turner is a performer and producer known on the Montreal Comedy Circuit. His style of comedy is laid back and anecdotal, talking about life as a husband, a father, and pop culture. Reese has appeared at Montreal’s Pouzzafest, Montreal Comicon (as part of The Nerdy Show) Toronto’s Field Trip Festival and Just For Laughs 42. In 2018 Reese performed the Rad Dad’s of Comedy to sold-out audiences at Off-Just For Laugh’s Zoofest and Yuk Yuk’s Saint John, Ottawa, and Comedy Bar in Toronto. In 2019 he was invited to back Zoofest to remount Rad Dad’s of Comedy.

Cathy Boyd is a Toronto-based, brutally honest stand-up comedian, mediocre tennis player and mother of four who readily admits, that three would have been good. She’d have been good with three. She hit the comedy scene a little late in life but quickly made up for it by becoming a rostered comic at Absolute Comedy and crowned Comedian of the North in 2019.

Sandra Battaglini is an award-winning stand-up comic, actor, writer and activist. She is a two-time Canadian Comedy Award winner for her solo show shows, Classy Lady and Hard Headed Woman. She appears in The Amazing Gayle Pile (NBC Seeso), Tall Boyz (CBC), In the Dark (CBS) and Communist’s Daughter (CBC), Miss Personna (Amazon). She premiered her 7th solo show Baby Jeez and other Abreevs in Toronto and released a comedy album with the same name.

She spearheaded a grassroots movement to have stand-up comedy recognized as an art form and co-founded the Canadian Association of Stand-up, Sketch & Improv Comedians which lobbies for comedian’s rights.Her podcast Small Battalion of Soldiers delivers the latest disturbances in history, politics, news and comedy with a dash of Bill Gates. In 2021 she filmed her first stand-up special. It will be released along with a new album in 2022 called Take it Eaze!

Host Bryan Hatt has been making crowds laugh for two decades now and there are zero signs of stopping. Besides recording his own comedy special (Comedy Now), Bryan has also appeared on the Winnipeg & Halifax Comedy festivals, the Great Canadian Laugh Off, performed multiple times at JFL42, can be heard regularly on CBC and XM radio and continues to headline comedy clubs from coast to coast.

Bryan’s quick wit and relatable material have garnered high praise and allowed him to open for such comedy legends such as Harland Williams, Danny Bhoy, Gilbert Gottfried and more! Bryan is fearless, fast, and most importantly FUNNY. Whether he’s showing off his world-class emcee skills or closing the show, you can be sure that Bryan Hatt will leave you wanting more! His debut album “Born This Weight” is available on all major streaming platforms.

Headliner Mike Rita: Mike Rita has cemented himself as one of Canada’s best stand-ups. Multiple appearances at Just For Laughs, TV Shows, Comedy Festivals and Sold Out Tours, you name it, he’s done it. Recently nominated for a Canadian Screen Award for his work on Roast Battles Canada Mike can be seen on stages and screens across Canada.

Join us for a night of dad jokes, laughter and fun as we support Canadian Comedy!

Steven P. Hamm “A Unique Individual In The World Of Entertainment ”