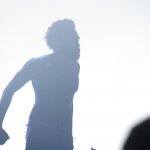 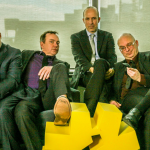 Chinese director, Kaige Chen could very well be the Walt Disney of the East.  Hear me out.  He brought the director’s cut of his new epic tale, Legend of The Demon Cat, to the Toronto International Film Festival this year.  Most of his movies are made for eastern audiences, however, they still manage reverence from film buffs around the world.

Legend Of The Demon Cat Review

I didn’t really know what to expect.  A cat, possessed by an ancient warrior terrorizes a royal family during the Tang Dynasty (705 A.D.).  The cat has the ability to speak and emote, and of course kill.  This is where the Disney argument goes a little awry.  Yes, there is blood, and death-by-cat, however, this is not comedy, nor is it horror.  It actually is an epic tale, that plays out like a murder-mystery in the style of film noir.

As a throwback to Shakespearean works, the two protagonists are in no way pivotal to the story.  They are a monk and a scribe, who help to push the plot along by both revealing and reacting to the uncovered clues as the story unfolds.  They act as a bridge between the actual extensive, convoluted plot and the audience (us), as we try to solve the puzzle before us.

Legend of The Demon Cat Verdict

As epic’s go, this is a long film, not in terms of length, but in terms of detail.  There is a lot to follow and you better be paying attention.  It has it’s enjoyable moments, great special effects, some comedy, tremendous fight scenes and action.  Although CG is wildly overused in this film, the storyline is somewhat interesting, as it is full of feudal scandal, treachery and deceit.  With that said, if you haven’t read the novel, it is very difficult to keep track of each character through all the excessive timeline jumping.  To this reviewer, Crouching Tiger, Hidden Dragon and House Of Flying Daggers was much more… everything. 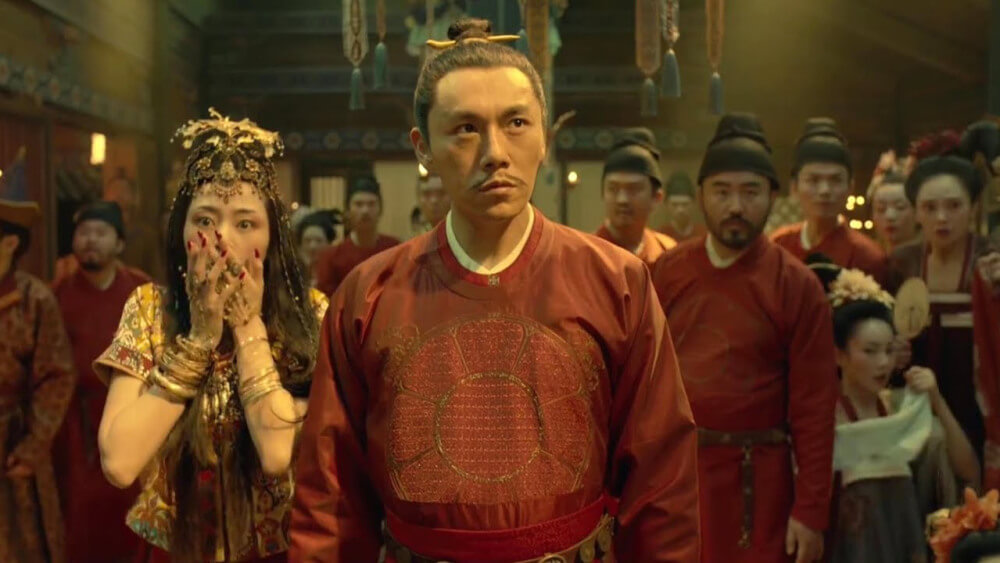 However, what did fascinate us more than the actual film itself, was the actual story behind how it was made.  Apparently, Chen, who wasn’t keen on shooting in a studio, spent five years prior to the five month production building a $200 million (outside of the film’s budget) Tang Dynasty style city just to make the film feel “more real”.  The set was constructed from scratch by a Japanese production company and is 550 acres, and includes an elaborate palace.  It is rumoured that it will be turned into a theme park.  Disney-esque visionary… or shrewd businessman… or did Chen simply realize that his CG shots for production numbered over 1200 and would be doubled if sets also had to be rendered, and would make his film ultimately cartoonish?  Maybe all of the above.

Either way, it is a beautiful, colourful film that is a feast for the eyes in a lot of ways.  The actual plot in the middle is difficult to follow, but does it really matter when the film looks this visually stunning?  If it does for you, skip it.  If you just want to watch beauty on screen, and see what generational film noir looks like in feudal China during the Tang Dynasty, check it out.