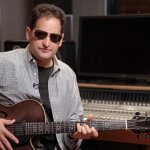 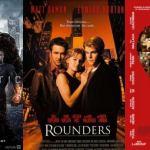 The Mob Chats with Hunter Collins and some Nincompoop 2

Hunter Collins has dropped part-deux of his comedy sketch album Nimcom2oop. Yeah, that’s right, Nincompoop is what you read.

As always, I went in fresh, unscathed by the critics or what people already thought about it. I was blown away by the quality, the concept and the voices that came from this hour of fun, uncensored comedy.

At first, I didn’t know what I was listening to. An interlude, an intro, the wrong download? I figured he has awesome names for his sets, cool. I heard a minotaur, then someone talking to a minotaur and low and behold it was a minotaur comedy set.

I love voices. So there’s no wonder why I loved this album. I discovered Hunter had an incredible talent for this type of work. It wasn’t something he necessarily trained for but it came naturally and it helped him with his stand-up comedy, which came first.

He does at least one voice on every track. The other characters are among 8 people he brought in, 6 guys and 2 women. “While writing the sketch, I try to figure out who can do this voice or portray this character”

JB: How did you come up with Nincompoop?

“My first album Nincompoop, I was trying to come up with a memorable and searchable word. When no one knows you, you can’t just come up with anything like a play on words or intentional misspelling. And I knew as soon as I put out the first one, Nincompoop 2 was coming years later. And I like it because it sounds dirty but it isn’t but it is. So it’s a triple threat.

I looked up the meaning of it and one theory is that it comes from a Dutch word.

I love that fact that’s the meaning of Nincompoop.”

Where did Hunter’s love for voices come from? “I never thought I was good at changing up my voice or doing impersonations. And I had a girlfriend that said I do a lot of voice when you’re just hanging out. So I was very David Attenborough inclined so I would just start shooting the shit casually and start doing a David Attenborough voice.”

“So I don’t practice for this, I just do the more intuitive ones.”

“Yes, isn’t Squeakles crazy? I got the idea from the Charlotteville riots and there was a white supremacist in a wheelchair waiving around this red and black flag and some guys came and beat him up and I’m like – Oh tough call. I don’t know what I would do? So the question came to mind “What do you do when the marginalized act shitty?”

“I don’t want to tell people what to do but I like taking an annihilistic approach to it. So it was important to me to have both sides.”

When asked where he grabs his inspiration from, he said “They came to him both ways. Some, like Hawkeye, just come instantly. It’s just so obvious.”

He also likes getting into the psyche of celebrities and thinking up scenarios they would be in. “Like Stan Lee. He invented Hawkeye. What was he thinking when he thought him up?”

Listen to Hawkeye to find out.

“I like shitting on things that don’t appeal to me. It’s not about hate. It’s fun.”The first Nincompoop was repurposed a bunch of live stage sketches I repurposed for the album but the end product showed that. This one, all the audio was made specifically for this. Every sketch on this album was made with that thought in mind.”

What came first, the voices or the comedy?

“When I first started to do sketch and stand-up at the same time. I remember trying to do characters. Everyone did characters and they were so bad so forced. Then a few years later, I hit the ‘Fuck It’ threshold and found my voice.”

“The voices started coming out naturally and I started imitating like common voices ie guy in line or a dumb voice. Those voices made my act more dynamic and a lot more flare to my act.”

“I used to be in a punk thrash metal band and my father, who is classically trained, came in and told us you have to add some dynamics. You can’t play the same sound at the same level all the time. I took that knowledge and applied it to my comedy. So the concepts on dynamics have been very important to me whether it’s comedy or sketch. It’s like music, like a symphony.”

Hunter stays away from adding politics to his sets. “It doesn’t interest me. I’m affected by it but it’s not the art I put out there or ever gravitated to. I’ll always prefer grandiose buffoonery and there is something about men in suits which is intrinsically boring. What I am fascinated is how it has polarized society and we all less wiggle room. People are way to eager to jump to an accusation and a condemnation or a praise. I like recklessly weighing into these debates and not having an answer because people with all the answers are the most pompous people in the world.”

“I just turned 35 and finally getting my wits about being an adult and I consider myself far left… But I’ve always loved the comedy of wrongness and being wrong. Because there’s nothing funny about being all appropriate and shit.”

Even his bit on Louis CK – “So I was jerking off…” Classic. “The goal of that sketch was ‘How did we not see this?’ I feel no one has been straight saying Fuck you to Louie. I find it cowardly and I hate cowardly comedy. Risking people being mad at you for your comedy really gets me into it.”

JB: If you could describe your comedy as a cookie, what would it be?

I think Mermaid Real Talk was my favorite because being a Little Mermaid fan, this just put me in tears. Everything they say is so true.

What I loved about this album is that it took you all over the map and not just one direction. It made you laugh, squirm, laugh, think and laugh some more. I highly recommend taking this to your earbuds for a listen.

You can download Nincompoop 2 on iTunes and take a listen to the first one, where it all started Nincompoop.

MobYorkCity Preview: Gideon King & City Blog want to be your tour guides through the Upscale Madhouse

A Star Is Born & The Remakes We Want To See