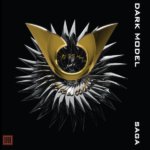 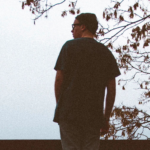 When a song can slow down the seconds of time in a way that it brings you back to when your childhood innocence was a gold mine for connection – it’s got be a sin to expect anything more from it.

So though I can’t promise that all the songs on Space Motel’s new album Arrival will do this, there are definitely a few gems on this album worth the nostalgic trip.

Hands down, Don’t Lean (third track featuring Garret Shider of Parliament-Funkedelic) had me reminiscing to back in the day when my parents and their cool ass West Indian peeps would gather in someone’s dimly lit half finished basement, slow dancing and caressing in ways you never see people show affection these days when you go out to a club or even a get together. Then it finishes off with an earthy Motown groove that you just have to keep playing it over and over again.

Some of the songs deliver a great blend of “Rock n Soul” with an upbeat funky vibe while others you can easily connect the influential undertones that reggae, jazz, and rock have on this album’s DNA. You’ll know what I’m talking about when you press play on Unexplainable and It’s Not Over and once again lose yourself in Shider’s voice.

Vocalists, Jim Muro and Mike Baez were both lead singers for the Rock/Reggae group On The Drop and have shared the stage with the likes of Sean Paul, 311, and Spin Doctors just to name a few. Brilliantly rounding out the group are Willie Myette on keys, Zach Paquette (bass and sax), Nate Davignon (percussions and drums), guitarists Steve Malec and Rob Hanna, trumpeter Grayson Farmar and multi-instrumentalist Frankie Moniz.

Ironically, though the album’s title track Arrival seemed a bit out of sync compared to the rest  – who knows maybe that was their intention – it definitely earned its merit on delivering a motivational message. Its chorus below, is an expressive chime of anyone’s courageous leap of faith to seek, find and ARRIVE in their own unique place in this world.

When I say it to you, it seems so hopeless

Like I’m trying to sell you a house of clouds

I had a vision, it isn’t heaven

But I found my way, inside the skies

These guys need to be on tour in a city near you and this album needs to be in your rotation. Book them today at The Mob’s Press.

Listen to Erich Mrak’s Latest Single, “With You”