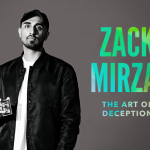 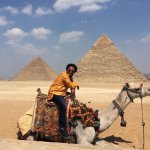 Robert Ranson’s new album, Still Dreaming, lives up to its title. Due for release on July 20 and some 20 years in the making, it has its origins in an aborted effort titled Chase Your Dreams. That effort was recorded two decades ago, but kept under wraps until he could remake the record in a way that would do the songs justice.​

With a sound that brings to mind Steely Dan, Little River Band, Toto, and Pablo Cruise, Still Dreaming does just that, coming across as an inspired effort borne from various scenarios and circumstance. A mesh of rock, reggae, blues, jazz, Afro-Cuban and country, it resonates in ways that are both personal and profound.

“My inspiration is found in the relationships, events, emotions and dreams that have been a part of my life,” Ranson recalls. “That said, I have written a number of songs for the sole purpose of creating a fictional story. However, even these stories are drawn from my personal experiences, although they’re written from the storyteller’s perspective.” ​

Robert’s album will be preceded by the single “Move On” on June 21st, followed by a music video on June 28th. ​

“It’s my wish that it will give others the inspiration needed to find the thing that makes them most happy,” Ranson says of the song. “I wanted to create a sensual soundscape that could summon up a sense of serenity, promise and purpose for anyone who hears it.”

Co-produced by Ranson and Jody Boyd at Red Amp Audio in Richmond Virginia, and mastered by Andrew Mendelson at Georgetown Masters in Nashville Tennessee, both the single and the album feature the cream of Richmond’s musical talent, among them Boyd on the drums, guitarists Dean Berry and John McNeil, bassist Audie Stanley, keyboard player Nate Brown, percussionist Kevin Davis, cellists Daniel Edwards and Mark Holt, and backing vocalists Marina Bales and David “Sully” Sullivan. Ranson wrote all the songs and sang lead vocals.

The album was inspired by Ranson’s love of Jamaica, a place that he, Berry and other friends have visited repeatedly over the years.“The island groove and upbeat lyrics are my attempt to emulate that distinctive island vibe,” Ranson remarks. “Jamaica has always given me the instincts and inspiration needed to create and compose. I’m 60 now, an age that finds many musicians worrying that they’re long past their prime. However I’m just now feeling like I’m hitting my stride.”​

In addition to re-recording all the material on the original album, Ranson added one new song to the album’s set list, a track called “For You,” written in the aftermath of his son’s death from a drug overdose. The life-shattering event has also led him to donate his time and resources to a number of charitable causes that honor his son’s memory.​

Ranson’s dedication to making music began with his infatuation with drums at the tender age of two. By the time he turned 12, he was playing guitar. He began perform at high school dances, youth events and college gatherings. He continued to make music in a variety of local Richmond area cover bands throughout the ‘70s, ‘80s and ‘90s, eventually forming his own outfit, The Aimless Drifters. A successful businessman and self-made millionaire, he says he now finds himself with the time and ability to focus wholly on music, continuing a course that’s already taken him to several high profile venues and events.

“I’m a determined soul that can be tough and tenacious,” Ranson insists. “To a large degree, that’s what has made me successful in life. I don’t quit until I have given it my all.”​

The Path That Is Taken