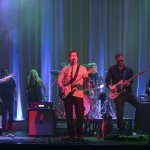 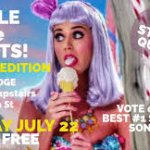 The Path That Is Taken

Khemet: My Home & Journey in Egypt

1st of an 8 part blog series

What a journey. When music calls, the heart and soul follows. My second album (which is ongoing) expresses the experiences and journey that I have taken since the past year. When I started this project, I had no doubt what I would name it..being a man, being an African man, being a Black man, my nature and the universe helped me to name this album “Glorious, Beautiful and Black.” The single Lit Swaggin is one of the many products of this path that I have taken. Travelling the world has helped to shape some of my styles and experiences in music, and such wisdom I would love to share with you.

As a part of my quest for soul-searching and knowledge, I have journeyed to the land of Khemet (now called Egypt), twice. My first pilgrimage was in October 2017 and then second in April 2019. Both visitations not only helped me to grow spiritually and mentally, but also helped to broaden my musical horizons in more ways than one. From the Pyramids of Giza, to the Temple of Abydos and to the land of Aswan in Nubia, I have been inspired to learn, teach and absorb the cultural energies of the people that I have met and fellowshipped with.

Some of these experiences includes my visit to the village of Garb Sohel, one of the 45 Nubian villages in Aswan. Here, I have met and bonded with people who share my identity of being an African and a person of African descent. I have created relationships with Nubian elders (which were mostly men) who have almost instantly become role models, father figures and a representation of my African Ancestry.

In the short time I spent in the village, these men have shared with me a great deal of knowledge which included the history of Khemet (Ancient Egypt), Nubia, Aswan and their personal histories. One of my Nubian elders, his name is Nour, briefly explained and demonstrated to me some aspects of traditional Nubian and Khemetian (Egyptian) music.

Saayed, another Nubian friend, told me about Egypt’s biggest artist who is also a Nubian himself from Aswan, his name is Mohamed Mounir. My wish is to collaborate with Mohamed one day and make music that would revive and connect our cultures from both sides of the earth’s hemispheres.

Khemet is now one of my homes and I seek to make a permanent connection with the culture and people therein.

As time passes, I will share with you some images and videos that will give some snippets of my time in the land of Khemet (Egypt)! Many of the footage that has been recorded on my journey in 2019, will also be apart of a music video that will be premiered later this year, and several mini documentaries.

Battle of the #1 Hits – Summer Edition