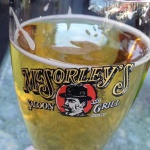 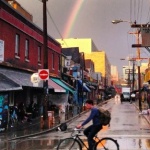 Yesterday night I had the pleasure of attending Raise The Rhythm‘s incredible event geared towards (as previously mentioned in my promo post for those of you that read it) raising funds and awareness for the Panov Program at Mount Sinai Hospital. The Panov Program is essentially for Precision Chemotherapy to cure the type of cancer known as Sarcoma Cancer. For anyone who has suffered a loss of a loved one to this vile disease- no matter the form it takes- my heart truly goes out to you and your family as I know this is never an easy thing to deal with. With the help of supporters,  RTR aimed  to raise at least  $20, 000 for the Panov Program, and although I still have yet to hear how much money they ended up raising that night, I’ll be sure to include it here when it is made known to me. Precision Chemotherapy is designed to dramatically improve a cancer patient’s odds of living and recovering. This is done by growing brain tumors in mice, and testing them with chemo therapies to help oncologists identify the best treatment plan for each genetically unique individual patient.

So getting down to business here… this was my first time visit the Danforth Music Hall. Prior to attending this event I had heard many great things about it through the grapevine, but had never actually visited. In my opinion, this kind of venue was perfectly suited for the type of show RTR was putting on- not to mention the fact that the cause in and of itself  is commendable.

Upon entering the actual theater area, I was both shocked and awed at just how gigantic it was. The amount of people in attendance to support such an amazing cause was wonderful. Thankfully, I found my way over to the back of the room and claimed a great seat in the media section. There were so many incredible performances this night that it would be impossible to review all of them, not to mention do them all justice. Every single group that night blew me away, and there was such a sense of diversity in the line-up that it was really impressive. To give a full scope of everyone who showed up to perform that night, act one consisted of performances by Terra Firma, Be Your Own Art, Veress Couture, POV  Dance Project, Lauren Alyssa, Kalos Collectives, and Verse Ten

Moving into act two was none other than Apocalypse, Vanika, and MarKa Designs. Afterwards there was an intermission, at which point I went out to smoke a cigarette, and “rubbed shoulders” with the beautiful supermodel Yasmin Warsame. You probably recognize her from the hit show Canada’s Next Top Model– l unfortunately failed to at first, but it’s okay because I think she found it quite humorous.. *lol* We had a lovely conversation, and I discovered that she’s really down to earth.

*Deep exhale* as you can see, Raise The Rhythm certainly did not skimp out on content this year– but really, when have they ever? There was no shortage of entertainment that night, and the audience was clearly soaking up every minute of it. There were designers, singer/songwriters, dancers, theatrical performers, and the likes. For this post I’m going to be reviewing Whitney Linen’s line, as well as Vanika, Marka Designs, Vita Chamber’s performance, and Over The Rainbow.

Whitney Linen- Whitney Linen (left side) stunned the stage yesterday with her gorgeous Baltic linen apparel… I have to say, I really enjoy her work. All of her pieces are classy and timeless. She had a very dynamic and beautiful array of outfits and each one being equally as elegant. All of the models did a fantastic job showcasing her designs, and I have a hunch that a lot of people are going to be checking out her website after this night. Speaking of websites, if you read my previous post on Whitney Linen then you have already heard about the launching of her new line, as well as her brand new webpage… definitely take the time to check it out, it’s totally stunning! Here’s the link.

Marka Designs- this was another performance that really stuck out for me during that night… the group set up three benches, with orange and green neon lights cascading off their tremendous outfits. They danced to the hit song “Roll Jordan Roll” a gospel-esque tune that I really enjoy. All eyes were on them, and they silenced the crowd to the point where if the music wasn’t playing, you could have probably dropped a pin and heard it hit the floor of the theater.  The choreography was absolutely flawless through and through, and the dancers were extremely passionate. This was very beautifully orchestrated, short, and sweet. Great Job!

Vanika- I actually really enjoyed this clothing line a lot… it consisted of various cuts and styles of black dresses (right side)- some had veils, other’s didn’t… and many of the ladies had beautiful pearl beaded necklace’s on. A very nice statement against the black garments. Every one of them looked absolutely stunning… I couldn’t tear my eyes away.

Vita Chambers- Headlining that night was superstar Vita Chambers, who performed 2 of her hit singles including the smash radio hit “Fix You”… I didn’t realize that she was the genius behind that tune until this night. She looked amazing on stage and her vocals were melodic. She sang with a backtrack but who doesn’t these days… in all honesty she didn’t need one. She played it pretty safe with her outfit, it looked hot on her though. Her back-up dancers were a little out of sinc for some of the performance, but they were generally alright and had great energy for the entirety of it. Overall, a great performance.

Over The Rainbow– graced the stage to the brand new hit single “Big Booty” by J-lo feat. Iggy Azalea. Over The Rainbow is awesome because it’s line can appeal to a wide age range both male and female. Most of their clothes were casual, but totally chic… the line embodied the qualities that I would personally want to have in my wardrobe, because I’m more into neutral tones and a majority of their pieces consisted of tones of grey, maroon, creme, black, etc. Lots of great pant cuts and sweaters/ jackets. The models also killed it that night! Very cool stuff.

In conclusion, the night was nothing short of fab-u-lous! I thoroughly enjoyed my visit, and look forward to see what they bring to the table next year. I give this show 10 out of 10 stars. Thank you to everyone who made it out that night, as well as all of the people responsible for making the show happen. For more information about Raise The Rhythm you can visit their website here, and like their Facebook page.