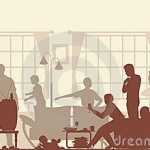 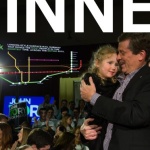 “The only thing stopping you from reaching your goals is that voice in your head telling you don’t do it– JUST DO IT!” – Julius Wilson

Julius Wilson ( some may remember him as Kid Astro) is self produced, self made, and has been passionately pursuing music from a very young age. From the beginning of his youth he was already teaching himself how to play the electric guitar, eventually moving on to master other instruments such as the saxophone, keyboard, and drums in order to expand his musical horizons. By the age of 14, Julius had already landed a gig at Club 77 and was opening up for well known producer/ rapper Belly

Julius truly embodies the core essence of what it really means to be a “go getter” and his ambitious and positive outlook on life has proven to effectively work for him in every area of his pursuits. Julius truly understands how important it is for one to master their mind in order to manifest their highest good, and witness their greatest realities come to pass… (which, by the way, is not me trying to denote the fact that it takes a lot of blood, sweat, and tears to become a major successor in such a competitive industry.) Although he may still have a ways to go before he reaches the top, the progress he has made thus far has been remarkable! I have been observing him from the sidelines for awhile now, and I must admit that watching him grow and flourish as an up-and-coming artist has been a pleasure, indeed.

“I love putting on shows, the vibes, the interactions, I love every aspect of performing. I feel performing is where the true art lays within being an entertainer” says Julius. As time unfolds, he continues to open up for other various worldwide recording artists, and travels around the world to produce and direct more incredible art. He desires to bring people together through his music. Julius composes, writes, and records his own music, sells beats, mixes and masters, writes scores for films, films his own videos and also edits them. He is a class act.

JW has been signed to New Jersey record label “Point Blank Recordings” and he is also in the process of starting up the label “3Mirage!” with producer Desi Ranks. When I asked him if there was anybody he saw himself collaborating with in the future, he replied: “In the future I would definitely want to collab with Kanye West, and maybe even bring back full Slipknot (without Sean though obviously– mainly because he’s dead.)“ I’ll admit I had a good laugh at that comment.

He derives some of his musical inspiration from industry heavy hitters such as; My Chemical Romance, Kanye West, White Thunder, Queen, Slipknot, Protest’M, and Avenged Sevenfold (to name just a few) and produces popular genres such as Trap Rock, EDM, Hip-Hop, and just about everything else that peaks his interest.

More recently, Last Sunday Oct. 5th Julius (and his band) performed a live sit at Toronto’s hot spot known as “Revival” Although I didn’t physically make it out the show in person, I DID have the pleasure of streaming it live from home on my laptop.

Their set started off strong right from the jump… the first thing I immediately took note of was Julius’s resonate vocals, which sounded even better live on stage than in his music, as well as his unshakeable stage presence. Unfortunately about half way into his set, he was having issues with the sound, but despite all of that, it didn’t stop him from continuing to play… at one point he even broke a string on his guitar by accident, and luckily had support from one of his team members who promptly got him a new one [guitar] and assisted him in changing it while he was still singing.  I’ve never seen such a professional guitar switch in my life… it was very well executed and he didn’t seem the least bit phased by it at all. He performed songs from his most recent album “Trap Rock” such as  Propane, Blue Sky, Hot Love Drama, Glass Room, and Sex, Drugs, Trap Rock and Roll. The entire set lasted around 30-40 minutes, and I enjoyed every moment of it. That night he was given the opportunity to perform for renowned name labels such as Universal, and Sony, among others.

After asking him what he felt was one of the greatest lessons he’s learned since he started his music career, his response was: “I’ve learned that being yourself is the most important thing in a world full of copy cats” and to be honest, I couldn’t agree with him more!

Julius Wilson already has two single’s available for purchase on iTunes– catchy bangers like “Glass Room” and “Hot Love Drama” have already gotten a lot of traction online as well as thousands of views from fans all over the world. He also released his CD “Trap Rock” which features the tracks performed at his set when he played at Revival.

Below is a peak at Julius Wilson’s music video for his hit single “Glass Room” which was recently released:

In conclusion, I’m definitely a huge fan Julius Wilson’s work and I look forward to seeing what he brings to the table next. He is a pleasant person to converse with, and is stubborn enough to know not to let anything nor anyone get in the way of him achieving his heart’s desires. Shout out to J.W. for an awesome performance last Sunday, and a virtual toast to his present success and to future success to come. I highly recommend you check his stuff out and buy his new single’s on iTunes! They won’t disappoint!

The "Oh No" Family Gatherings