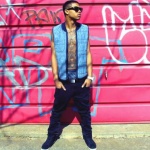 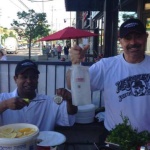 Welcome to the new world of Toronto city politics. Now that John Tory has been declared victorious, as a long-time resident of Toronto, I hope it’s going to be fast return to a noiseless city hall, and the restoration of boring and mundane civic operations.

I remember for a brief time when I was in journalism school learning about the typical local newspaper beats, I used to feel sorry for the scribes who got the city hall assignments. The thought of trying to extract stories from civic proceedings was like being stuck on a dry lake bed. Lots to see on the horizon, but up close – nothing but hard-dried mud.

City politics with the Ford’s has been wet and sloppy. The muddy water rife with scandal, the media swine has enjoyed the swill and competing candidates had plenty to sling. After a near-record voter turn out, the tee-dot has spoken in favor of the straight-up-the-middle John Tory.

Olivia Chow’s defeat speech was truly rousing. I’ve never seen her look so composed, and impassioned about the city of Toronto, although maybe it was a little too late. The fire she showed in her defeat would have been useful weeks ago.

As a seasoned politician Chow took the opportunity to congratulate, admonish and challenge the new mayor to consider the vulnerable, marginalized and working families during his upcoming four-year term. I hope John Tory hires her and keeps her on the problem of eliminating poverty in the city, as she’s a very capable politician and I think a very genuine person. Jack would be proud.

Rob Ford was in fine form, appearing to be himself, looking not-too-bad despite the chemotherapy he’s been receiving. To Ford nation’s credit, he won his riding and will be returning to city hall as a councilor. He made clear overtures about being on the election ballot in four years time. He’s down but not out, and that’s how he fights. You’ve got to give him credit for that. His football team will be proud of his grit. I find myself believing him too.

And then there’s Doug Ford, the reluctant candidate who jumped into the race for his brother and then proceeded to deliver a very strong result on game day with just 5% separating him from the mayor’s job. It was an astounding result after a very late start to his campaign. The last I heard was Doug managed to raise about three hundred grand for his effort in the six weeks he was running, and it sounds like he’s going to be writing a personal check for about a half million bucks to cover the rest of the election bill.

Despite the foibles of the Fords, they have character. They stick up for each other and try hard, and don’t quit. Perhaps these are the traits that resonate with suburban voters, and represent Canadian values, and despite the fuzzy edges – they’ve earned their place in municipal history.

Goodbye Mayor Ford. It’s been a slice. Now I’m ready for a double-helping of Mayor Tory and four years of exceedingly mediocre news once again from city call. Boring is good for business, and it’s time to get started.