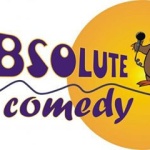 This past Friday, I went and supported comedian Keesha Brownie and her relaunch of Jokers Corner. After being on hold for 3 years, the full room showed just how much the event was missed.

Bringing it back in Brampton was the way to go. The Wild Wings was packed with peeps ready to laugh and support live comedy.

Hosted by Keesha Brownie, on the line up was:

Hosted by Miss Keesha Brownie herself, the night is sure to impress with this hot line-up.

Kenny Robinson, 30 year comedy veteran, closed the show with his truthful and hilarious observations. I saw him last week as a host at the monthly Nubian Show. If you’re a comedian, you know that being a host and doing a set ate very different. Needless to say, the man knows what he’s doing. He’s able to read the crowd and take their temperature. Being able to judge these things is the difference between a good comic or a great comedian.

For Keesha, was just the opposite. I saw her headline last Sunday at Yuk Yuk’s and on Friday she was the host. The host at Wild Wings people. With a packed room full of my brothers and sisters, you know how difficult we are to please and how difficult it can be for the performer. Unless you have powerful stage presence and confidence, the room started to leave you.

Cedric Newman – I finally got to see him perform. Another comic Montreal has lost to Toronto. His timing and play on words make him an act not to be missed. In fact, I really want to see more.

The best part of Jokers Corner is that once the comedy is over, the music kicks in. DJ Fyahh Foxx and DJ Bee Ware turn on the jams and all of a sudden your hips don’t lie. Next time, it will be dance time! People were smiling, vibing and left on a high note, proud that comedy of this caliber was in Brampton.

I had a great time and can’t wait for the next edition. Jokers Corner will be back on December 18th at Wild Wings in Brampton (to be confirmed). Follow them on Facebook to keep up to date.