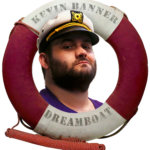 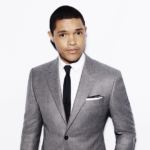 Healthy Living in Comedy kicks off 2017 with shows in Guelph, Toronto, and Hamilton on February 17th, 18th and 19th!

After successful runs in Montreal and Kingston, some of Montreal’s hottest up and coming comedians head to the GTA as they navigate the ever-changing landscape of health and wellness while all simultaneously teetering on the brink of full-blown degeneracy.

Featuring Toronto’s own Mike Rita, who this year won the Brantford Comedy Competition after taking part in The Homegrown show at the Just For Laughs festival and CBC’s The Debaters.

These shows will be hosted by Walter J. Lyng, (Off JFL, Zoofest, Montreal Fringe Festival) and will also feature Reese Turner, and show creators Lawrence Corber and Chris Venditto.

The Healthy Living in Comedy Show kicks off its weekend in Guelph at 9pm on Friday February 17th at The Red Papaya, 55 Wyndham St. N. There are two opportunities to check it out in Toronto on Saturday February 18th, with shows at 7pm and 11pm at The Comedy Bar, 945 Bloor St. W. The last show of the weekend will take place in Hamilton on Sunday February 19th at 8pm at The Casbah, 306 King St W.

Tickets are $15 and are available at

Kevin Banner and his first Dreamboat