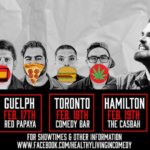 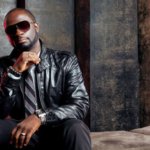 HEY VANCOUVER! Thursday, February 23 at 9:30pm, Trevor Noah will be doing a second show at the Queen Elizabeth Theatre.

Festival Lineup & “The Best of the West Series”, Presented by SiriusXM, Gets Funnier

Tickets on Sale Friday, January 20 at 10am PT at JFLNorthWest.com

JFL NorthWest, taking place February 16 to 25 and presented in association with SiriusXM, has added a second performance for comedian Trevor Noah at the Queen Elizabeth Theatre on Thursday, February 23. Noah’s first set is scheduled for 7:00pm and the additional set will take place that same evening at 9:30pm. Tickets for Trevor Noah’s 9:30pm performance go on sale Friday, January 20 at 10am PT at www.jflnorthwest.com

Returning after a wildly successful performance at JFL NorthWest 2016, Trevor Noah is the most successful comedian in Africa. He is the host of the Emmy and Peabody Award-winning The Daily Show on Comedy Central. Noah joined The Daily Show in 2014 as a contributor.

Born in South Africa to a black South African mother and a white European father, Noah has hosted numerous television shows including South Africa’s music, television and film awards, the South African Comedy Festival, and two seasons of his own late night talk show, Tonight with Trevor Noah. He made his U.S. television debut in 2012 on The Tonight Show with Jay Leno and has also appeared on Late Show with David Letterman, becoming the first South African stand-up comedian to appear on either late night show.

In 2015, Noah debuted his one-hour stand-up special, Trevor Noah: Lost in Translation, on Comedy Central. Filmed at The Lincoln Theatre in Washington D.C., Trevor Noah: Lost in Translation brings Noah’s unique worldview and global analysis of American culture to the forefront. He addresses major domestic and international events, sharing his outlook on the world including terrorism, racial tensions in America, and what it was like being African and travelling into the United States during the Ebola crisis.

In November 2016, the comedian, actor, and television and radio host added author to his list of credits with the release of his book, “Born a Crime: Stories from a South African Childhood”. Noah tells his wild coming-of-age story during the twilight of apartheid in South Africa and the tumultuous days of freedom that followed.

Trevor Noah continues to tour all over the world and has performed in front of sold-out crowds at the Hammersmith Apollo in London and the Sydney Opera House in Australia as well as many U.S. cities.

Additional performances to be included at this year’s JFL NorthWest, in association with SiriusXM, are:

Dicker Troy (Johnny Pemberton) and Josh Fadem are unlikely best friends. Josh is a hilariously effervescent physical comedian and character actor. Dicker is from Bakersfield, has a very deep voice, and has been a union driver on motion pictures for 37 years. The two guys met on set and then started hosting a live comedy show, with Josh as an on-stage host/MC and Dicker as co-host/DJ. “Kiss My Ass” consists of loud, opinionated conversations between Josh and Dicker that often end in psychedelic musical act-outs or weird spontaneous pieces of existential advice sometimes directed at random audience members.

From acclaimed graphic novelist Dash Shaw (“New School”) comes an audacious debut that is equal parts disaster cinema, high school comedy, and blockbuster satire told through a dreamlike mixed media animation style that incorporates drawings, paintings, and collage. Hailed by Indiewire as “the most original animated film of the year” and “John Hughes for the adult swim generation”, Dash (Jason Schwartzman) and his best friend Assaf (Reggie Watts) are preparing for another year at Tides High School, muckraking on behalf of their school newspaper, which is edited by their friend Verti (Maya Rudolph). When a blossoming relationship between Assaf and Verti threatens to destroy the boys’ friendship, Dash learns of the administration’s cover-up that puts all the students in danger. As the friends race to escape, they are joined by a popular know-it-all (Lena Dunham) and a lunch lady (Susan Sarandon). The film’s everyday concerns of friendship, cliques, and young love reminds us how the high school experience continues to shape who we become, even in the most unusual of circumstances.

B-Sides is a live compilation of throwaways and rarities: the jokes that comedians seldom get away with, but love to tell! Once the comedians make a mess of the stage with their nightmares and puns, the discomfort will be put on the audience for a Q&A. With one-of-a-kind oddball and babe aficionado Chris Gordon hosting, this insanely hilarious show will reveal a behind-the-curtain perspective of a comedian’s creative process. A perfect recipe for an unforgettable comedy experience!

Additions to “The Best of the West Series”, presented by SiriusXM, include the following:

Laughter Party is half comedy show, half party. Drinks and jokes from 8-10pm and then the DJ takes over so you can dance the night away.