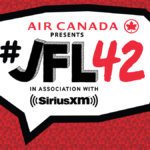 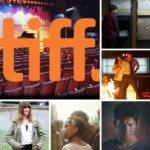 I don’t usually start my night off with a midnight showing but Hasan Minhaj was more than enough to get me out on College Street and in laughing mode for JFL42 this year.

Not only did this show speak to me as a first generation child of immigrant parents, but I could of sworn he went inside my head and stole the book I have yet to write*.

Homecoming King is a show about Hasan’s life story growing up in America as a first generation child combined with the difficulties and tribulations we as immigrant children have to go through.

We have to fight with our parents generation where they had to tolerate racism and you had no choice but to be the bigger man – no matter what. And our generation and country we know, live in and all the culture adaptations that come with it.

His story about growing up in Nebraska falling for his high school “white princess” prom queen sweetheart, hearing the date-gone-wrong and how he had to commit social destruction that lead to his anger towards her for so many years.  When he finally met her after several career achievements as a successful stand up comedian and a national and Pizza Hut ad which in itself is a funny story.

The explanation of how she was under the same but different cultural stresses opened his eyes. He realized he couldn’t change the color of his skin but he could change the cycle of generational racism like she did.

“She had changed.” was such a moving sentence, part of his show because all jokes aside, there was pain, misunderstanding and above all frustration which all immigrant children can relate to. Indian or not. He described how bad he felt and how mad his dad would be at him at that moment.

I experienced a similar situation and all I could think about is how my mother wouldn’t be proud of my actions.

Our parents have embedded into our brains their values, beliefs and ways, even against our will. Only to realize that as an adult, you may not agree, but you understand why your parents raised you that way.

So many times when he was talking about his dad, I heard my mom. Word for word. No joke.
Why you could never go to sleep overs. Why loving your home and family came first. Why white people will only see the color of your skin therefore you must be bigger and stronger than them – no matter what.

Those are things my mother said to me growing up. I grew up in white suburbia. My mom came to Canada from England in the 70s after becoming a nurse.  I understood her view of “white people” but in 1988 I could never relate because everyone I knew was white.

And like Hasan, I had to play my cards right, learn the curb and be the bigger, stronger man. This is why his show struck such a strong cord with me.

What I loved the most about this show wasn’t the comedy, the slideshow, the political jokes, the betrayals and heartbreaks… It was the journey of a little boy whos parents came from India and despite it all, followed his dreams. He took the audience from A to Z seeminglessly  and before you knew it, he made the to the Daily Show with Jon Stewart.

Hasan Minhaj speaks from the heart, his jokes come from truths and his story resonates with many of us in Canada.

All comedy shows have jokes that the audience can relate to. Few comedy shows can make you laugh, reflect, empathize, almost cry and connect to you and your life struggles as a visible minority.

It’s no wonder his shows are sold out at @jfl42 and if your one of the lucky ones who got a seat, you won’t be disapointed. On the contrary, he’ll leave you wanting more. Even at 1am.

*First Generation Immigrant Children: and how their parents f**ked them up. Coming to a book store near you.