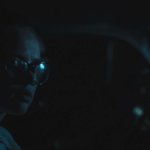 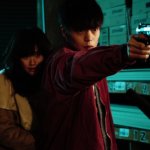 Daniel Radcliffe has found his true audience.  He could play it safe and go the way of his Harry Potter co-star, Emma Watson, and do rom-coms or straight up drama or period pieces.  But no, he likes to live in the weird, he keeps returning to it.  His most notable roles since the end of the Harry Potter franchise have included a young man who awakens to find Horns (a la the prince of darkness) growing out of his head, Dr. Frankenstein‘s Igor, a multi-use, flatulent, dead body or Swiss Army Man.  Daniel continues his dark sci-fi journey with Guns Akimbo.

As Miles in Guns Akimbo, Radcliffe, is playing yet another hard-luck character who becomes immersed in a world that he doesn’t belong in.  The movie takes on internet trollers, social media, online gaming violence, and our addiction to our devices.  Miles is a loser who just lost his girlfriend and spends his spare time trolling websites.  In this version of the not-so-distant future, there is an online, yet real-life bounty-hunter game called Skizm that is watched by millions who bet on the winners.  As one of the most annoying trollers out there, Miles gets singled-out by the nefarious underground villains who run the site.  The find him, and beat him into unconsciousness.  When Miles wakes up, he realizes that the Skizm runners have surgically melded guns to his hands.  Not only that, but he has become the target of the most successful bounty hunter in the game, Nix (Samara Weaving). 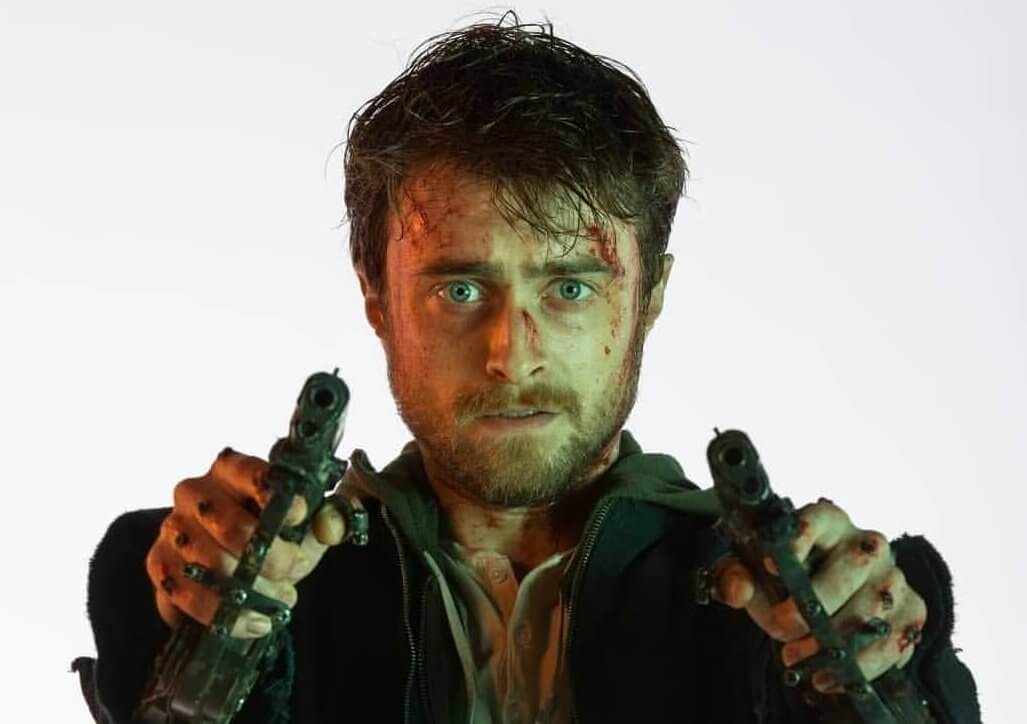 Guns Akimbo plays a lot like last year’s TIFF Midnight Madness favourite, Nekrotronic.  An unsuspecting protagonist is tossed into an uber-violent world and has to not only fight to survive, but learn to overcome his weaknesses and be the man worthy of the girl.  This time, fighting other humans, and not demons who have invaded and dwell in the internet.  This is a formula that works well with the Midnight Madness crowd that consists mostly of multimedia geeks/nerds (myself included).

Where Nekrotronic was a high-concept and convoluted world, Guns Akimbo, is more believable, and more possible in this violent, device-driven world, which makes it more relatable.  The actual gunplay in this movie is unlike any you may have seen before — extremely creative.  This makes the movie visually stunning in some scenes, and absolutely hilarious in others, but the level of violence in this film cannot be understated.  Do not take the kids to see Harry Gunhands.

Not sure if it was by-design, but the only relatable character in this film is Radcliffe’s Miles.  All (and I do mean all) of the other characters, from Miles’ ex-girlfriend to Nix’s cop father, are all over-the-top parodies of themselves.  If this was not the vision of director, Jason Lei Howden (visual effects on War For The Planet of The Apes, Legion, Gods Of Egypt), then it was a beautiful accident.  By making the only relatable character the protagonist Miles, it makes the viewer feel like they are (like Miles) in a video game, interacting with memorable artificial-intelligence based characters that help advance the plot and act as motivators to keep pushing you to your self-actualization goals until you get to the boss level. 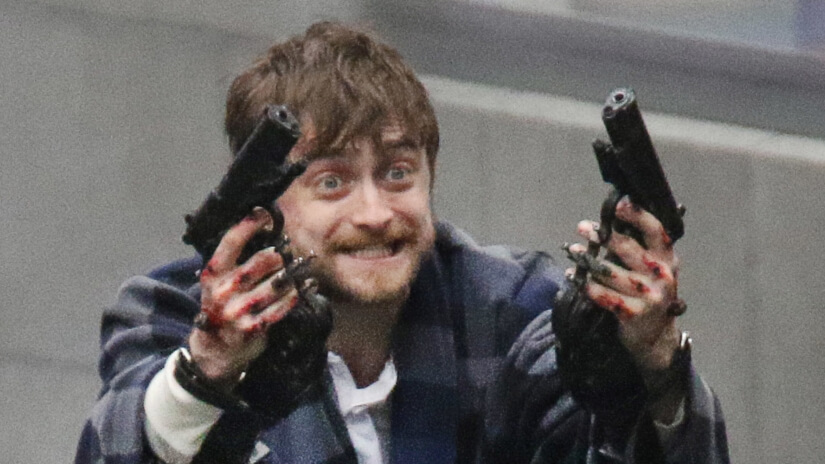 Fans of genre films like Thor:  Ragnarok and What We Do In The Shadows will recognize a face that tends to effortlessly steal scenes and sometimes entire films from the original stars.  That is the one and only, Rhys Darby, who makes, yet another unforgettable appearance as Miles’ unlikely ally in the form of an observant homeless man.  His scenes make for some of the funnier ones in this film.  The man’s accent and delivery always hit the mark.

Overall, Guns Akimbo, is a fun popcorn film, with great gunplay, and action.  A little weak on storyline and character development, but serves as great entertainment.  Radcliffe has pretty much nailed everything he’s attempted lately.  He only gets better with time.