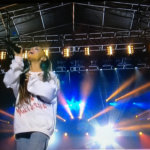 Forks in roads and things

Before the turntables, N.W.A. records, and rhyme notebooks, I wanted an Ibanez guitar. I was in Doha, Qatar, of all places, visiting friends I hadn’t seen since my family relocated a few prior. My best friend Yann dragged me to his father’s stereo, handed me headphones, and popped a tape in. Some band called Metallica. “Listen to this,” he said, half suggesting, half ordering. It wasn’t long before Hatfield’s vocals kicked in. “Obey your master.” So I did.

People’s musical affinities are fascinating to me. Maybe less what they’re into and more how that came to be. Metal or otherwise, my rock phase didn’t stick. The Black Album is still one of my favorite records, maybe a few Guns and Roses LPs, but I had trouble staying on board the Megadeath and Sepultura trains. I won’t lie though, Long Dark Road’s self-titled EP was a fun trip down memory lane.

I don’t know Jeremy Cavan but feel like I do. The founding member and lead vocalist of the Toronto-based metal band was in the middle of a divorce, sleeping on his brother’s couch, when he decided to take a year to write music and tour. It was this sabbatical that eventually led to the forming of Long Dark Road, a fruitful journey that was anything but straight. After multiple engagements with different artists, founding members Jeremy and Rufus Cavan found a permanent drummer in Jeremy’s brother Toby. Eventually, Vanin Feral would join the trio as the resident guitarist.

Long Dark Road sort of rides the fence between EP and LP. The album is just 4 tracks long but clocks in at about 35 minutes. Musically, it is about as interesting a trip as the one Jeremy recently endured. The influences abound and, as I listened, I couldn’t help but think of early Metallica and Nirvana’s MTV Unplugged performance. This is a record born out of heart break and passion. It is a project that isn’t afraid to test boundaries and, dare I say, step outside of them. I will follow, LDR’s second track, incorporates a crazy amount of breaks, flat out fusing a number of different rock genres. While purists may balk at what may seem like a musical mish-mash, I found the effort to be daring and refreshing. 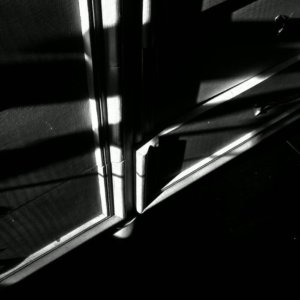 You can listen to Long Dark Road’s self-titled debut album at https://thelongdarkroad.bandcamp.com.