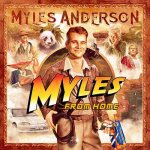 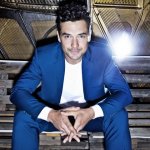 Ed Hill is Son of Smiley

I love discovering new comedians, especially through audio. It makes you have to really listen to the craft of the comedian and not take their look or ethnicity to make a pre-judgement.

Comedian Ed Hill is the perfect example of this.

I was traveling on VIA Rail and thought what better time than to laugh out loud. And yes I did.

Son of Smiley is a tight comedy set about some of the things you don’t know about Mandarin, how millennial’s can be useless and what the meaning of family really is.

Through his album, I found out he speaks mandarin, that his parents picked funny English names and how his culture has affected different aspects of his life.

What I liked is that, his culture influenced him but did not define him as a person. He talks about himself being a useless millennial and why that is, being an first generation immigrant child and all the funny that comes with it.

I used to work at a Chinese depanneur (corner store) in Montreal and the owners would always be saying what sounded like “Nigga” but it’s not. I thought I was going crazy. Ed reassured me I was not alone, as the word means “this one” but sounds like “negga” and when said many times over, well you can understand how it can be misconstrued.

Love is a game, for Asians it’s Hunger Games.

There are so many good jokes on this album and well written. As a child of immigrants, I loved the similarities even though his parents are from a totally different country, I’m convinced that most immigrant parents are the same: Tough Love on their kids, they don’t say I Love You and when you do accomplish something big, they shrug it off to make their kids work harder.

Check out Ed Hill’s his store where you can purchase the Son of Smiley and many other items that will make you laugh and help support comedy.