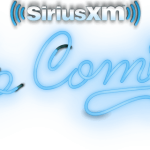 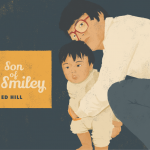 Vancouver comedian Myles Anderson has been doing comedy since grade 5, “before that I was a total hack”. He’s come a long way and is thrilled to release his debut album “Myles From Home” on 604 Records.

Growing up as the only musical sibling out of four kids, Myles graduated from the University of Victoria with a Bachelors degree in Music. He’s disappointed his siblings didn’t take up music with him noting they could have made a great quartet. His favourite instrument is the piano, which he incorporates into his album’s intro.

Comedy producer Kevin “Kevvy” Maher worked with Myles to bring his performance style into his album and describes seeing Myles perform as “seeing a man unravel then re-ravel himself onstage.”

The two hit it off so well, they made a comedy sketch video together for Comedy Here Often titled “Myles Anderson’s Canned Laughter”.

A finalist in the 2017 Seattle International Comedy Competition, Myles has performed for the past six years at the Comedy Store and the Comedy & Magic club in L.A. He can also occasionally be heard on The Debaters on CBC.

“Myles From Home” is available for download off of the 604 Records website, as well as all major digital retailers and streaming apps.

Ed Hill is Son of Smiley