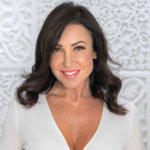 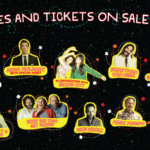 SOAPBOX ALERT:  Every year, MobToronto’s Curtis Morgan hits the streets of Toronto to bring you the best in film and comedy.  This year is no exception.  Now, usually, it’s 10 movies in 10 days, however, because of the gentrification of the Toronto International Film Festival, the original audience is being priced out.  Used to be a time (about six years ago) when about 25% of the desired first screenings were given the moniker of “Premium”.  First screenings are the ones that you are most likely to get to be party to a post-film Q & A with the stars and key creators of the film.  Now, out of the many films screened at TIFF, particularly the most desirable or star-studded, the “Premium” label has been given to a whopping 71% of first screenings.  As you may have guessed, “Premium” screenings are not only harder to get tickets to, but they are priced at at least double the cost of the regular priced tickets.  Sadly, it was this access, this audience experience that helped TIFF to become known worldwide as not only the “People’s Film Festival”, but, quite literally, the best film festival in the world.  Every year, it gets worse.  However, I still managed to get tickets to nine films in 10 days, but most are second screenings.  Missing from most of these reviews will be the amazing quotes, videos and pics of your favourite stars and movie makers.  Sad, really.  But, so goes the spinning wheel of commerce.  I will get off of my soapbox for now and give you what you came for.  Please forgive me, but this had to be said.

Dolemite Is My Name Review

Have you missed Eddie Murphy?  I know I have.  Sometimes, to quote the Barenaked Ladies, “Absence makes the heart grow fungus.”  I have to admit, I almost forgot the best thing about Eddie Murphy.  It’s not his punchlines, cussing, or timing.  Those things are all great, but are just symbols of his talent.  The best thing about Eddie Murphy is his heart.  We were first introduced to the depth of this beating thing in his chest, in his not-ready-for-primetime rendition of James “Thunder” Early in the amazing remake of Dreamgirls.  Now, Eddie was not, by any means, the best thing in that picture, but his performance was notable and memorable, as a man with a dream, who wanted it all.

In Dolemite Is My Name, Eddie gets a crack at a real person.  This is something that we have never seen him do before.  Eddie leads on ensemble cast as Rudy Ray Moore — a down on his luck man in his 40s who came to Hollywood with a dollar and a dream years before, and ended up with neither.  That’s where the story starts.  Where it goes is virtually the stuff that dreams, themselves, are made of. 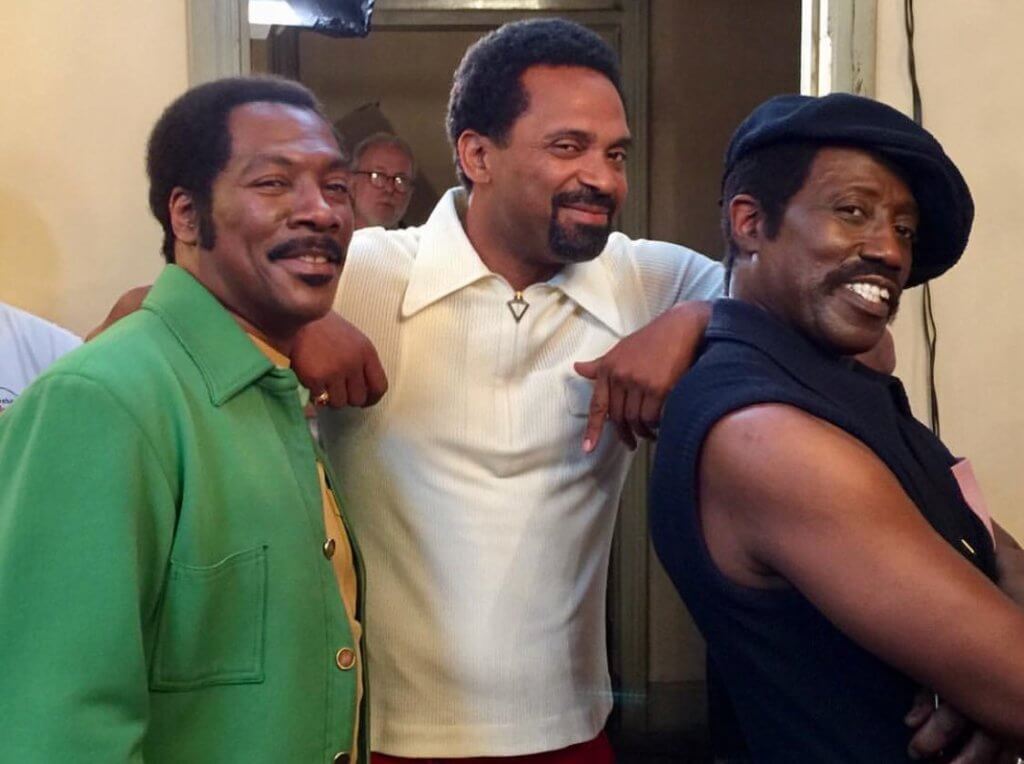 Everyone knows Shaft (he’s a bad mutha — shut your mouth), and Super Fly.  Over the years, these cat’s names have been referenced in pop culture like they owe us money.  Everyone knows that Dolemite fills out the 70’s Blaxploitation trinity, but not many people know why, as he is not as visible as the others (we have never had a Dolemite remake).  To understand the importance of a film like Dolemite Is My Name, you must immerse yourself in what was going on at the time.  Some context is required.

What is a Blaxploitation Film?

With the migration of whites to the suburbs, there were a lot of inner city theatres that were not bringing in the black communities that dwelled in those areas.  This was a problem for studios.  So they solved it by creating low (in their standards) budget films and put black actors on the screens.  This is why this genre was called Blaxploitation films (black exploitation).

Shaft was a notable first with a $1.5 million dollar budget and a distribution deal from MGM.  Then came Super Fly with a rumoured $58k budget and then Dolemite with a rumoured $100k budget.  Those last two films were important.  They were made for the black community, by the black community with no studio help, no promised distribution, no guarantee that it would ever be seen by the audience it was created for.  They weren’t about cashing in on the black dollar as much as they were about black people telling the stories they wanted to tell, the way they wanted to tell them.

As much as the Blaxploitation genre was about over-the-top images and concepts, it was also truly about a few members of the black community taking ownership of their own urban folklore and taking control of it from beginning to end in order to stave off the constant co-opting of black art by white business men.  In the case of Dolemite Is My Name, a small group of people filtered that folklore, and their hopes and dreams through, Eddie Murphy’s, Rudy Ray Moore, a thirsty entertainer/salesman/dreamer who knew how to get things done. 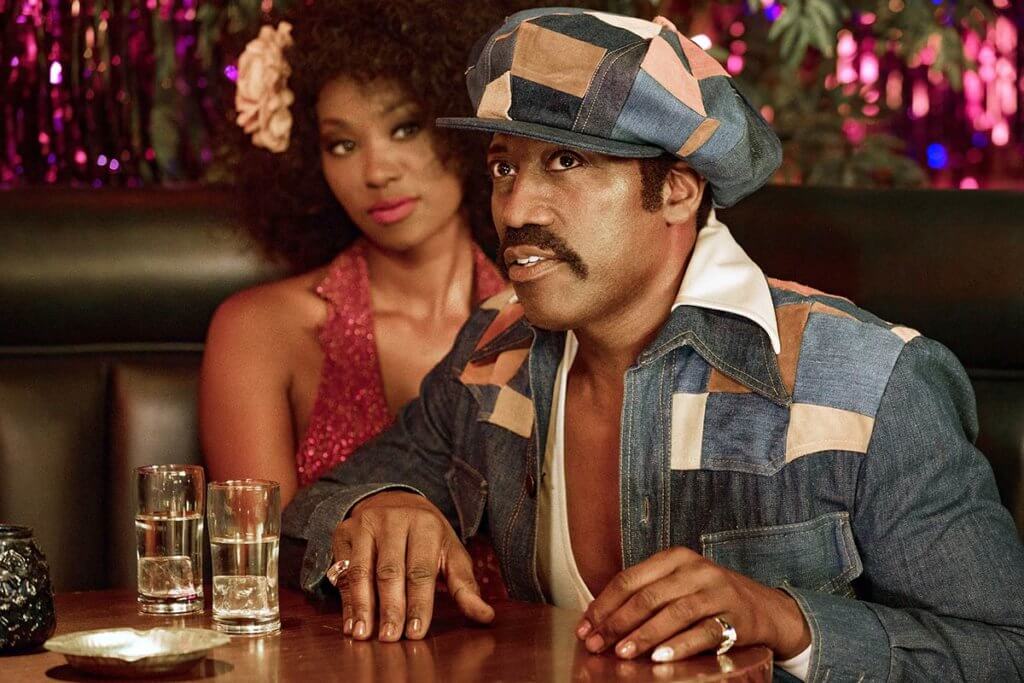 While he was questing for his own selfish dreams to become a star, he became a conduit to bring his community to the screen in a previous inaccessible multi-million dollar industry for the first time on their terms.  The word Blaxploitation is at the heart of this film, but it turns it from a somewhat derogatory term into something else.  You realize through this film that this genre although maybe hurtful to some in terms of it’s occasional minstrel-like overtones and buffoonery, it was a necessary step.

Through some surprising successes that occurred in the industry at that time, this genre served to not only even the playing field in terms of the fight for a more diverse audience, but it showed the how veritable and determined the black artist was.  Dolemite Is My Name’s biggest achievement is this undertone, this spirit that drives the main characters, and enables them to crash through each obstacle put in their way.

Even if you are unfamiliar with the genre, anyone can enjoy this film.  Just make sure you are over 19 on account of all the cussing and nudity.

This movie realizes it’s potential by humanizing the people, and the reasons behind the release of such an outrageous piece of art.  Here, it succeeds where similar films like “The Disaster Artist” fails.  Dolemite Is My Name strikes a universal chord with anyone who ever dreamed a dream.

The spirit of this movie can be summed up by what I overheard a white woman in her 50’s say to her partner as she left the screening, “It was good.  I got a lot of laughs.  It was really a story about never giving up… which is the story of my life.”

JFL42 is around the corner Toronto!