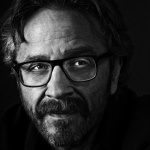 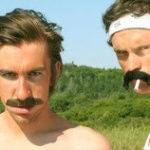 The festival is coming to an end and I have to say it was vast improvement from last year. No whispers of bad check-ins and complicated apps. I was a little weary when they said that media would get passes, just like a pass buyer. But really, no hassles! Checked-in, credit redeemed, reserve another show! Also the quality of shows has been up there. Sam Simmons definitely hit my “what to remember” button and Ben Roy touches that soft spot I have for comics who are as outstanding as he is.

I don’t know why but it seems that  I keep coming back to the Drake Hotel. It’s a great intimate venue and this show was the 3rd sold out Daryn Jones. I picked wisely as to see Colin Mocherie, XMSatellite Radio NTCC winner Pete Zedlacher and my buddy who destroyed the BET show at Just For Laughs this past summer, Arthur Simeon.

It was a different show format which is always good when seeing a comedy show everyday of the week.  When you entered, you were asked to write a question on a piece of paper. Little did you know your secrets would be revealed in front of a live comedy audience. The show starts and DJ Dopey dr-dr-dr-dropped the beat. The comedy beat son! Daryn warms us up with some jokes right off the top.  Then he invites Colin Mocherie to the stage where he takes his seat and the mic clearly disapproves. After a few get-to-know-you questions, the glass bowl comes out and then the magic began. Back and forth, Colin and Daryn start picking  and “answering”. This was a genius idea. How interactive and entertaining. With improv genius Colin Mocherie just banging out questions and answers like they were the set up, one after the other. It was non stop laughter.

Next, Pete Zedlacher took the stage. He was the winner of the XMSatellite Radio Next Top Comic Competition and it shows why! He is truly one of the best comics in Canada. My boy Arthur Simeon came and closed the show with lots of laughter. His charisma and personality shine on stage. He’s been all over the festival this week so catch this rising star while you can.

Oh. My. God. I almost forgot the amazing Daryn Jones Dancers. Yes, these cool cats came out and pumped up the crowd while DJ Dopey dr-dr-dr-dropped some more beats. Popcorn for all!

Daryn Jones and Friends is a fantastic show to catch during JFL42. Guaranteed to have a great night. It was so good, I sent Boss Shaw to see it tonight. She is so excited and so should you! You can still catch him tomorrow at The Garrison, another fun venue, at 7pm show. Log In to JFL42 to reserve now or buy a ticket at the door. I suggest arriving early as it might sell out.

Until the next one,