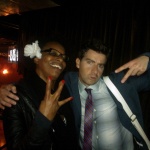 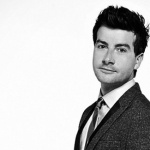 I had the opportunity to see comedians Mark Little and Kyle Dooley preform a live comedy sketch at the Comedy Bar. I was ecstatic to see their show, as I was hearing a lot of great reviews from people about both comedians, both solo and as a duo preforming together.In case you are unfamiliar with these two wonderful comedians, then allow me to bring you up to speed. You now have permission to crawl out from underneath the rock you have been living under for the past decade. Just kidding, these guys are super under-rated that’s why you should check them out!

Mark Little is an accomplished Canadian writer, actor, performer and comedian, best known for his appearances on the television sitcom “Mr D.”  Mark Little plays the Xavier Academy Science teacher “Simon Hunt.” Little is also the winner of two of Canada’s top two stand up competitions inclusive of “Yuk Yuk’s Great Canadian Laugh Off” and “Just for Laughs Homegrown Competition. He is also a member of the Halifax based sketch comedy group known as “Picnicface” and does voice over work for various projects.

Kyle Dooley similarly to Mark Little, is also a part of the comedy sketch group “PicnicFace.” He has also performed at most of Canada’s improv and comedy festivals, both as an individual act and as a part of the sketch group, as well as 10+ years experience at improv. Together, Mark and Kyle have created majorly successful multi-media projects through PicnicFace and gained serious recognition. It is a delight to have them as one of the 42 many incredible acts that JFL42 presents to us this year.

Together, these two are an unstoppable force. They’re weapon? Comedy.

They don’t need nun chucks or a mace to take you to the ground, one witty quip will send you into a frenzy.

I must say, after all the great shows and venues that I have had the pleasure of visiting for the #JFL42 comedy festival, my expectations were slightly raised. So pre-performance I had no idea what I was in store for, all I was thinking was “this better be good.” I waited in anticipation for the lights to dim and the show to start. From the moment Kyle Dooley and Mark Little  took the stage and threatened to kill the audience at an alarmingly shrill decibel, I knew it was going to be a great show.

Mirthful, quirky, and fun, Mark Little and Kyle Dooley offer a refreshing show from the quintessential stand up comedy acts that are at the heart of #JFL42 as they preform an incredibly gut-busting show, worth sharing with family and friends. The premise of their show was your typical “boy falls in love with girl and wants to take to her prom” but with a lot of weird twists and funny interjections.

This duo aims to please. With their innate ability to captivate their audience, and side-splitting comedic delivery, they are certainly worth every minute spent.

What I personally found to be the most intriguing about their performance  was how their sketch consisted of about 6 different characters and they were all played by Mark and Kyle. It was interesting to see them constantly switch between roles, and their consistency throughout the entire set was commendable. They utilized the full stage space, and sent the audience into a discord of merriment as laughter rippled throughout the audience.

Both Mark and Kyle have an immense amount of charisma and energy whilst preforming and it’s hard not to love these two. They don’t take themselves too seriously, and it is evident that they love what they do. They are great entertainers, and keep the energy flowing from start to finish, and their dedication to their craft is evident through their performance. My expectations were met, and exceeded therefore I give them 4/5 stars (because nobody’s perfect.) If you haven’t seen Mark Little and Kyle Dooley yet, GO AND CHECK THEM OUT! You won’t be disappointed, I promise!

Daryn Jones performs at the Garrison for the #JFL42 comedy festival