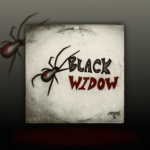 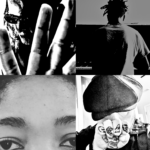 A necessary ONLINE Festival for our times – Innovative, Strong, Diverse and Bold programming – Amplifying even more Black Voices from February 10 – 21, 2021

Part of TD’s 2021 Black History Month Series, the Festival will open on Wednesday, February 10 at 7pm ESTwith Youssef Delara’sFOSTER BOY, starring Louis Gossett Jr., Shane Paul McGhie,Matthew Modine and executive-produced by Shaquille O’Neal. Then, as of 10pm EST all the films will be accessible online. The Festival will close with Mia Donovan’s DOPE IS DEATH. The TBFF Black Market returns with insightful panel discussions, conferences, and masterclasses with leading members of the Canadian and international TV and film industries. The TBFF Kids Festival is getting a makeover this year with new and exciting activities for the whole family on Family Day (Feb. 15). Finally, Festivalgoers can cap off their day with the TBFF Live Performance Series.

The #TBFF21 All Access Pass is available for only $69 and gives access to all films (Feature Films accessible in Canada only / Short Films Series accessible worldwide). Regular tickets are $8 for Feature Films and $12 for Short Film Series. All tickets and Passes can be purchased on the Festival’s website.

“Our focus at the Toronto Black Film Festival is to go beyond awareness with concrete actions to foster the inclusion of diversity off and on camera! We feel privileged to be able to amplify the voices of more Black Filmmakers at such an important time in our history. We are enormously proud of this historic 2021 Online edition which highlights the tales and events that have challenged conventions, left a distinctive mark on our times, and changed how we see the world.” Said Fabienne Colas, President and Founder of the TBFF

TBFF “SHOW ME THE MONEY” SERIES!
The TBFF Black market is proud to present the FREE Show Me the Money Series. Everything Black Creators and Producers need and want to know about how to access funding!  A special 4-part series featuring Canada’s primary funders:

TBFF PANELS, CONFERENCES, MASTERCLASSES!
The TBFF Black Market is thrilled to present its lineup of FREE compelling Panel discussions & Masterclasses featuring some of today’s most powerful and influential Black voices addressing important social and industry topics that affect us all:

Fabienne Colas Foundation’s BEING BLACK IN CANADA
Presented by Netflix, in collaboration with the National Bank, and supported by Telefilm Canada, Canada Media Fund, the Canada Council for the Arts and various local partners.

Twenty Canadian short films from the 2020 cohort! The FCF’s Being Black in Canada supported 20 Black Canadian Filmmakers, 18 to 30 years old, in Montreal, Toronto and Halifax in the creation of 20 short documentary films (8 to 10 minutes). The filmmakers received professional coaching for each stage of the audiovisual production process then made a short documentary film under the tutelage of industry professionals. A unique project that ensures inspiring emerging artists from culturally diverse backgrounds.

TBFF LIVE PERFORMANCE SERIES
The TBFF Live Performance Series showcases different genres of music, representing the Afrocentric community. In the past three years, we have been on location in various cafes and bars with these performances, but this year we go Virtual! Line-up includes Steele and Hardcore Reggae Band, Joanna Majoko, Eddie and Quincy Bullen, MelDubé and Kobèna Aquaa-Harrison.

TBFF KIDS FILM FEST
TBFF Kids Film Fest is an Online fun-filled, Family Day celebration, taking place on Monday, February 15, 2021 from 11am to 3pm EST. Children ages 4-12 will get to enjoy a variety of activities from the comfort and safety of their homes. Yoga with Vonnette Forde of Higher Love Yoga; Arts ‘n’ Crafts with Craftopia DIY; Story Book Reading with Jeff Martin and Denise Lopes – sponsored by Notability Mobile Bookstore; Afro-Caribbean Dance with Keishia Facey of RiddimFit.

Introducing: the PUBLIC’S CHOICE AWARD!
Every #TBFF21 All Access Pass and/or Ticket(s) holder will be given the opportunity to vote for their favourite films on the Festival’s online streaming platform in the following categories: Narrative Features, Feature Documentaries, Mid-Length Documentaries, Narrative Short Films, Documentary Short Films. Winners will be announced after the Festival.
The 9th annual Toronto Black Film Festival, created by the Fabienne Colas Foundation, is presented by TD Bank in collaboration with Global News – from February 10 to 21, 2021 – ONLINE.

About the Toronto Black Film Festival
Founded by the Fabienne Colas Foundation, The Toronto Black Film Festival is Canada’s largest celebration of Black History Month through Films and much more. TBFF is dedicated to celebrating the very best in cinematic work dealing with the experiences of black people from a diversity of communities. Our mandate is to provide an opportunity for filmmakers from all ethnic backgrounds to shine the spotlight on authentic stories that reflect the realities of black experiences. Along with its sister festivals, the Montreal International Black Film Festival and the Halifax Black Film Festival, TBFF showcases new voices in cinema and encourages audiences to see the world in new ways. In connecting black films with diverse audiences, we recognize the differences that make us unique while celebrating the shared values that bring us together.

Bad Breed releases latest single “Not in My Life”