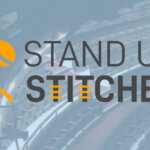 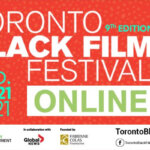 After last year’s rowdy regional tour for their album Burning Down and overcoming major creative whiplash and lineup changes in 2020 with their summer release American Man, local Barrie band The Mystics emerge battle-hardened. With a fresh single Black Widow set to arrive on all major platforms on December 28th, the band plans to forge forward, experimenting with an entirely new approach to making music. Filled with sinister riffs, pointed lyrics and rich sonic tapestry, the upcoming song represents the weight of a genre they’re straining to get off their backs.

“Black Widow isn’t just someone or something, it’s your darkest fantasies and temptations playing out in real-time and the consequences of those choices. But there comes a time where you have to leave it all behind and move forward.”

This latest single is what The Mystics leave behind for fans as they continue venturing into new sonic spaces.

Since their formation and original lineup, The Mystics have gained a reputation for bringing their energetic performances to sold-out venues (The Cameron House, Horseshoe Tavern, and The Foxx Lounge) and for keeping the crowd energized and engaged at music festivals (Kempenfest, Troubadour Festival, and The Barrie Jazz & Blues Festival). After releasing their debut single Desert Ritual in 2018, The Mystics surprised fans with a debut album Burning Down which they followed up with a press tour, radio interviews and commercial airplay on Canadian FM radio. Whether it’s their authentic storytelling, catchy melodies or sheer artistic talent, The Mystics are unforgettable on stage and instantly appealing to music lovers from a wide variety of genres, receiving a number of acclaimed reviews in various press and media outlets. Put plain and simple, they are a dynamic, modern rock band that takes you on a journey with them.

With so many uncertainties heading into the new year, one thing is for sure, the band has no plans to carry forward the dogma of “old school rock” that has hampered their creative process in the past. Black Widow is a sign-off to the classic rock era of the band, wiping the slate clean and leading fans towards new sounds in 2021 as they adapt to changes around them and within them.

New music, major announcements and releases from the band can be expected next year, but until then, tuck in & hide-out with this temptatious new single from The Mystics dropping everywhere on December 28th. Whether it’s redefining the sound, or discovering unexpected ways of songwriting, the band has been hard at work and is ready to break their music wide open and emerge as a force to be reckoned with.