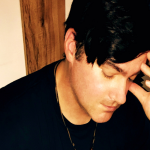 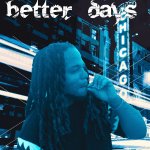 This fall, New York City rockers Vajra will drop Irkalla, the first of a trilogy of EPs and the followup to the band’s 2012 full-length debut, Pleroma.

In what the group refers to as gypsy metal, Vajra combines progressive rock with tinges of Eastern Indian music, weaving together haunting, lurching melodies that lead singer Annamaria Pinna tops off with powerful vocals. The multitalented frontwoman, who studied music theory at Juilliard, first began shaping the band while living in India. Well-traveled and endlessly curious, Pinna credits her exploratory creative identity to her penchant for stepping out of her comfort zone, having lived in several different countries over the years. Music has long played a key role in her life; as a child, Pinna played violin and flute, later teaching herself guitar and piano.

Vajra’s Billboard-charting new single, “The Mirror,” is a solid distillation of the band’s strengths, with muscular guitar work courtesy of Dave Sussman and hard-hitting drums by the self-taught, Keith Moon-influenced Shusuke Inaba. Pinna’s vocals are intensely commanding, and she’s no lyrical slouch either. In an interview with 100 Per Cent Rock, Pinna described the song as being about “confronting our demons so we can be comfortable with who we are and so we can live as honestly as possible in our own skins,” which is indicative of the artist’s concerns with introspective self-examination and the acknowledgement of the darker corners of one’s mind.

Vajra recently released a music video for “The Mirror,” a collaboration with multimedia artist Idit Nissenbaum that features the band performing against an orange, candlelit backdrop. It’s a fiery, bare-bones video that emphasises the band’s electric stage presence.

Those who’ve seen the band’s live shows have raved about their onstage magnetism and top-notch musicianship, with Creem Magazine’s Greg Mania referring to the group’s live performances as “a cathartic punch to the face.” Vajra will be performing in Toronto as part of the Indie Week Festival; click the following dates for tickets and info:

For more information about the band, check out their official site and social media pages: