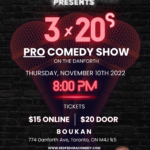 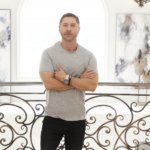 This April, Ontario legalized online gaming. The move’s been welcomed by the vast majority of players, as regulation brings with it security, confidence and trust. Some, however, have been a little disappointed and have argued prior to legislation, they were free to play poker against the rest of the world; now they’re ringfenced to their own province. Their deal is that the limiting of the player pool has led to poorer tourneys, and the security green lights don’t make up for a lack of choice on the (virtual) blue felt. However, there’s a new kid in town. Let’s get around the table.

The flagship tourney in American – and pretty much anywhere else’s – poker is the World Series Of Poker or WSOP. Each year, thousands take part in online qualifiers with the dream of winning a seat at the Finals, held (where else) in Las Vegas every summer. Ontarian government regulations, however, have prevented GTA gamers from taking part, limiting the pool of players to those in-state. The clarion call from card sharks has been ‘take your chips to Calgary’.

That changed last month. If Ontario cannot go to the WSOP, then the WSOP shall come to Ontario. After launching on October 17th, industry data showed that, immediately, WSOP became ‘the largest regulated real money platform — not just in Ontario but the entire North American market’. Traffic has increased exponentially. That week showed one poker room having as little as 40 seats filled daily on average, whereas WSOP had 335. A big draw is no doubt the victory packages on offer. Each Sunday, WSOP Ontario puts up CAD$200k in prize money across three tourneys. They’ve also launched the first WSOP bracelet series in Canada, where players can pick up the same trophies as the pros. Can someone from the 6 make it to 17 before Phil Hellmuth?

A big part of the promo push has been Toronto native and winningest Canadian poker player in history, Daniel Negreanu. He’s been tireless in his efforts to publicize the new poker room across his social media channels. Details are sketchy as to whether it’s an official partnership – the WSOP famously don’t do ambassadorial roles, and ‘Kid Poker‘ has plenty of them elsewhere – or a genuine push from Negreanu to popularize poker to the people. Negreanu has form for giving his favorite tourney plenty of free PR. He frequently vlogs to his fans when in competition and has a YouTube channel with excellent tutorials. He also often live streams games on WSOP’s American internet platform when he’s playing from his home in Las Vegas. The form book indicates he’s not bluffing.

Negreanu has been a US resident since 2009, having originally moved to Nevada to try his luck on the Strip after playing everywhere there was to play in the GTA. Part of a new breed of pro poker players, he’s been vegetarian for over two decades, vegan since 2006 and maintains his youthful good looks (and nickname) even as he approaches his 50th birthday. He remains a proud Torontonian, although has recently announced a painful separation from his beloved Maple Leafs, saying, “I want to root for the Leafs. It’s my hometown, and I grew up a fan, but I can’t sit by and watch the organization put band-aids on a team that’s in need of a triple bypass surgery. If I ever get silly rich, I will show a city how it’s done”. With US$42m (CAD$57m) in career earnings, even Negreanu isn’t silly rich enough to fix a franchise.

In the meantime, though, this looks like good news for Ontario gamers. The introduction of such a big organization – with such big prizes – into the market so shortly after the legalization of online poker indicates how seriously Ontario players are being taken.

For news about big nights in with Kid Poker, alongside big nights out with Childish Gambino, put MobToronto at the top of your bookmark stack.