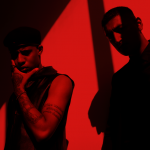 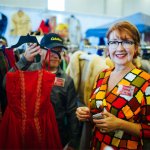 Just Me Art’ And Conseil and The Mob’s Press will be launching our new Mob network, MobFrance. With our new friend Sonia Dari at the head of the project, the goal will be to recruit local writers to create articles about the arts, comedy, and culture of France, write show reviews and artist interviews in France on the new city blog called mobfrance.com.

Sonia Dari, founder of Just Me Art’ and Conseil and the Dari Show Comedy, is a media professional. animator, columnist, and producer. She brings incredible imagination, creativity, ambition, and motivation to the organization. Determined to continue its growth, Just Me Art and Conseil collaborates with Privaty Corp, Sony ATV, and several independent labels and extends its reach in Europe and abroad with privileged partners.

The Mob’s Press is an online marketing, promotions and ticketing hub dedicated to helping artists. With our network of city blogs, Mobtreal.com, Mobtoronto.com, Mobcalgary.com, Mobangeles.com and Mobyorkcity.com, we have the ability to promote artists in different parts of North America.

“This partnership is so exciting for The Mob.” says Johanne Britton, President, and Co-Founder of The Mob’s Press. “Together, we will bring more awareness to the arts, comedy, and culture happenings in France and share our Canadian culture at the same time.”