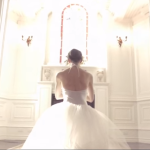 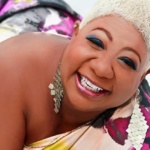 Established on community and human values since its creation, the sextet is fiercely determined to deal every aspect of their career according to the DIY ethos and to follow the authentic nature of their instinct, regardless of the structural and hierarchical nature of the environment in which they are evolving. Musically and professionally influenced by the likes of Fugazi, Sonic Youth, The Cure, Pixies, My Bloody Valentine and Mars Volta, who paved the way to many others before them, Your Favorite Enemies rapidly stand out by offering a sonic approach where dissonant and fuzz guitars can be found aside a solid rhythm section led by a passionate and melodic bass line, while offering lyrics where introspective poetry, symbolism and imagery live alongside one another.

This unicity quickly attracts fans from the 4 corners of the world, who formed street teams, communities as well as several home-made fan clubs. This support proved decisive for the rest of the band’s history, as fans became the corner stone of many projects to come for the band.

Faithful to their deep DIY values, the members of the band decided to lay the foundations of their own label, Hopeful Tragedy Records, in 2007, in order to offer the fans, who had been asking for it for several months, a way to acquire their first EP, totally auto-produced, titled “And If I Was To Die In The Morning… Would I Still Be Sleeping With You”.

The EP, on sale in June of that same year, will sell over 30,000 copies in the first months of its release, thanks to the efforts of the band to make the EP available internationally through the creation of a web store that was then totally different from what was offered on the market, due to the integration of new technologies and the audacious decision to offer the EP for $10, including shipping. By doing so, Your Favorite Enemies became an example to follow in terms of online business. The success of the EP being incontestable, the band see themselves invited to tour Europe as headliner, making this their very first tour after only 4 shows in career.

However, despite being amongst the first concerts ever played by the band, the tour knows a great success, be it in London, Paris, Berlin or Cologne, to name only those cities. This tour serves to establish the name of Your Favorite Enemies as an unavoidable band taking place on the international music scene, as well as a must-see live band. The band’s passion and their amazing stage presence make of Your Favorite Enemies one of the most pirated bands on the web, as they see their concerts being recorded and shared between fans and outside their circles, allowing a lot of new-comers amongst the band’s enthusiasts.

2008 follows in an unbridled speed, as the band is mentioned by the Billboard Magazine as “one of the top 5 Canadian acts paving their way to international stardom”, something that would be very hard to deny given the fact that the band would fly to Japan on a tour which success opened the way to the launch of their second album “Love Is A Promise Whispering Goodbye”. Published in June, this album is not only recorded by the band, but the members also take care of every aspect of the production, distribution and promotion of the album. Propelled by the single “Open Your Eyes”, which video clip has been signed by Foster and produced by young tandem “Félix et Paul”, who would become one of the most important duo of adverts and short films in Montreal in the years to come. The video immediately became Buzz Clip and won “Combat des Clips” at Musique Plus for close to a month. After only a few weeks since the release of the album, 60,000 copies were already sold.

Furthermore, the prestigious Japanese company Square-Enix attended the band’s concert at the Shinkiba Studio Coast, in Tokyo. Enthralled by the reaction of the public, usually known to be culturally reserved, but jubilating as they saw the band’s passionate on stage performance, they decided to make of Your Favorite Enemies the first non-Japanese band to compose theme songs for the legendary video game Final Fantasy, songs that would reach #1 in Japanese charts after the release of the game.

The band enjoys its comeback in Montreal to launch the multimedia division of their label Hopeful Tragedy Records. The audacious YFE-TV Channel at the helm aims to broadcast live concerts, allows video-chat and offers exclusive contents, making of Your Favorite Enemies’ one of the first bands to really embrace the new web technologies and to establish projects according to it, in an era where web traffic is still doing its first steps in quite a chaotic state.sed before, live versions and exclusive videos. Furthermore, the band did a series of 10 interviews where they answered the fans questions about “Love Is A Promise Whispering Goodbye”, its context, its contents, and its involvement. The interviews have been translated in 5 different languages and broadcasted weekly on a dedicated website, and followed by an hour of chat between the fans and the band members.

The end of the year sees the band create their own company of artistic creations, The Fabrik, laying down the foundations of what would give birth to the international jewel collection “Red Crown Crane”, a collaboration between Alex, Miss Isabel, and a Japanese glass artist. The collection, launched in 2012, is to this date the non-musical creation that has known the biggest radiance for the band.

Read more about this awesome band here and watch more of their videos below.

Who Are Your Favorite Enemies?