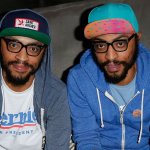 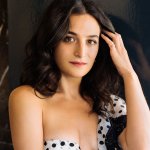 I broke my JFL42 cherry this year with a comic I’ve been dying to see perform. I’ve chilled with him and could never figure out what kind of comedian he is. He is so much more than just a pot comedian.

Opening for him were my boys from Montreal, Reese Turner and Chris Venditto, representing my city and new comic for me, Andrew Packer. They warmed up their room and ready for their JFL42 act.

We were in the small Cabaret room at the Comedy Bar but that didn’t stop Mike from bringing all his energy to the stage. Mike Rita is everything you want to see in a comedian: High energy, quick to react and leaves you wanting more. He’s the type of guy you just can listen tell jokes all night, especially when he talks about his Portuguese mom.

My favorite part of the show was the blast from the past with his set of kid cartoons. From Spongebob to Garfield and then he went to TVO. O-M-G. In my head, I’m thinking, please mention Art Attack, please mention Art Attack” And he did! The gut laughter of the room and the engaging audience that was all in with cheers and suggestions, Mike had won this crowd. I had tears coming down my face as I laughed and remembered how much joy those shows brought me. His ability to take the audience along for this throwback ride was marvelous, unexpected and just plain ‘ol fun.

When the intro song for Arthur came on at the end of the show, Mike came back on stage and got the whole room to wave their hands back and forth to the reggae beat. Yes, Arthur the aardvark. “Brrrrappp, Brrrrappp, Brrrrappp!” I now have this song on my phone.

He has a way of connecting with the audience that is authentic and not forced. I love comics who can make comedy happen just by talking to the crowd. Always the sign of a pro who knows what they are doing.

I would definitely recommend using a credit to see this JFL42 act. You still have a chance to catch him during JFL42. He has one more show on September 28th, 7pm at The Rivoli. If you haven’t bought a pass yet, do so! It’s the best way to ensure you will get a ticket for your show. Don’t wait to buy them at the door. Buy tickets here.