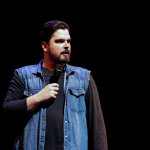 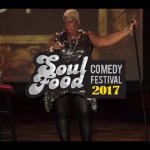 When someone tells you they’re not “weird or anything,” it’s usually right before they tell you something weird about themselves.  With some people, that can be a darn-right pretentious habit — pre-warning someone with a contradictory statement.  But with Jenny Slate … it’s just mad-cute.

JFL42 brought the quality again with soon to be A-List actress/comedian, Jenny Slate, headlining at the Queen Elizabeth Theatre, and guess what folks?  She don’t need no stinkin’ opener, she’s not a Coca-Cola bottle [despite what her shape suggests (wink, wink, nudge, nudge)].  She exploded onto the stage with so much self-contained energy while dancing into our hearts to a boisterous happy-sounding song called “Don’t Be So Hard On Yourself” by Jess Glynne (I think), which she recently found on a playlist.

Right away, the women in the audience wanted to be her, and the men wanted to be with her.  The amount to which the sexes were enamoured with her fluctuated through the night as she regaled stories that tended to accentuate her weirdness.  But she never dropped below infectiously entertaining and desirable, just like she never dropped a punchline. 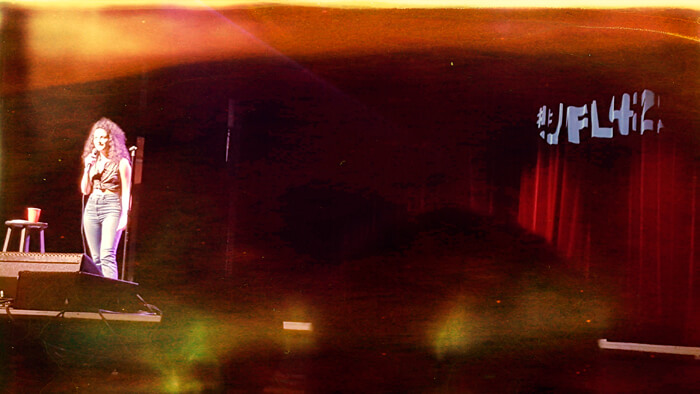 Jenny came out with a set list of stuff she intended to do during this, her final show of three for JFL42, but often times let the audience know that she was getting off track just talking to us.  Her flow is so smooth, yet jerky, that it’s hard to know which parts were constructed jokes and which was her just telling us stories of her life (or the lives of the clothes she packed to come to Toronto) in her uniquely funny way.  You get the vibe that Jenny would be the best part of any house/dinner party you attended.

Every now and then she would dip into her valley girl, Liz B. voice (made popular during her time on Kroll Show) to channel her inner-Becky and the crowd ate it up.  To break up her pseudo-bits she would ask the audio tech, Marshall, to blast a few seconds (literally) of her new favourite song with the positive message.

Ultimately, this was her mantra, one that we can all benefit from remembering:  yes, like her, we’re all weird, we’re all a little bit crazy, but, like Jenny, we really shouldn’t be so hard on ourselves.  The things that make us different, make us unique.  Everyone is awesome…

…Except for horses.  Jenny Slate does not like horses.  It’s not a fear.  It’s a hatred.  Don’t be a horse.  She has a list of reasons as to why she feels that horses suck.  They are sound reasons that she has thought out.  If you are a horse who is reading this:  Be hard on yourself.  Be very hard on yourself.  You deserve it.