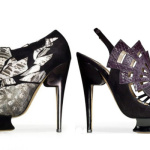 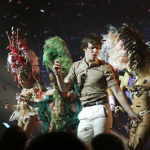 Metric and Phoenix: All Systems Go Breaking music news! French band Phoenix and Canadian Arts & Crafts virtuosos Metric are teaming up for a one-night show in Los Angeles at The Greek Theatre on September 16th. The Soft Pack, a San Diego troupe, will be kicking off the show, so be sure not to be tardy – you won’t want to miss them either!

Phoenix has been touring for their new album, ‘Wolfgang Amadeus Phoenix’, and Metric will surely be pumping out some of new tracks from the April release ‘Fantasies’ – hopefully alongside some good ole ‘Grow Up And Blow Away’ beats. Both bands always put on a killer show (doesn’t Emily Haines just ooze sex appeal?) so get your butts there if you live in Cali. No excuses!

Tickets go on sale on June 26th through nederlanderconcerts.com for those of you lucky music junkies that can get to L.A. for what’s sure to be an out of control night. What we wouldn’t do to go… have a beer (or two) for us.