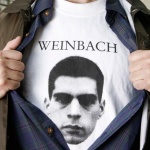 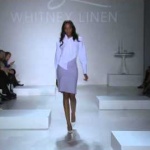 Maria Bamford is the Jedi master of comedy! Performs at the Mod Club for #JFL42

The festival is coming to an end, and what better way to end it than on a high note right? For me, the highlight and crème de la crème of my JFL42 experience was the lovely and talented Maria Bamford.
This. Woman. Is. Astonishing.

Seeing as the lineup of comedians hand picked to be one of the 42 wonderful talents that Just for Laughs has put together for us predominately consists of males, it was rather refreshing to finally see a woman up there on stage killing it. Not only is Maria Bamford a phenomenal comedian, she’s better than most of the guys that I saw. She has a great ability to bend and manipulate her voice into all sorts of funny characters, and she appears to have absolutely no fear on stage whatsoever. I didn’t detect any nervousness whatsoever (although she is the professional and has been doing this for a lengthy period of time) I was mind blown by the tightness of her performance. Beautiful, funny, down to earth. She is the type of woman you could see yourself chatting and laughing with over drinks. She presents herself so well, and has no shortage of funny material. I have now dubbed her as the Jedi Master of comedy! Because to me, that’s what she is. She is original, and has no shortage of energy whatsoever. I personally feel that next to Brent Weinbach, she was one of the strongest comedians out of the lineup (at least out of the ones I saw) Each comedian brings something different to the table, and I think Maria Bamford is a special act indeed. She offers a jarring experience from your typical stand up gig. Loud and utterly vivacious, she is savant in the art of comedy, and acting.

I realize Maria Bamford’s bizarre and unusual comedic style may not be for everyone, but there definitely is no denying that it has been an open door for her and resulted in a strong following (and a well deserved following at that) as she has over two decades of first-hand experience within the business. You may recognize Bamford from her appearances on including Louie, Tim and Eric, and Arrested Development. She also works extensively as a voice actor.

Bamford lends us insight into her dark and cavernous psyche… You never know what you’re going to get out of her next, as she is seemingly unpredictable and somehow manages to maintain the sense of teeming enthrallment that you seem to develop just by virtue of sitting in the same room as her with ease. The best way to explain her comedy style is how she “simultaneously gives off the impression that she’s on the verge of a nervous breakdown and that everything is going to be all right for all of us.” and her energy is almost contagious. Gaggles of laughter filled the Mod Club and I had a lot of great laughs myself. Her act is consistent of of  odd voices and noises, that alternate between different characters (i.e her mother, father, and sister all made “appearances” that night) Bamford jumps from topic to topic faster than a Tasmanian Devil can run, and she looks DAMN good doing it too!

Overall, a wonderful performance by Maria Bamford and I highly recommend you book tickets to see her next live set because she is a phenomenal, and quick witted  comedian and certainly worth checking out. I give her 5/5 stars!

Cheers to a WONDERFUL turn out this year for the #JFL42 comedy festival! What a great experience!