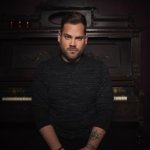 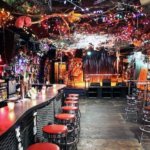 It was April 2019, and I had prepared to make my second visit to Khemet (Egypt). Since my first journey there in 2017, I fell in love with everything that it beholds: the history, Black history, the landscapes, temples, gods, spirits, love and yes, the people.

At that time in 2019, I had just finished writing the song “Freedom Song.” I had also executively produced the draft of the instrumental for it, which was later co-produced by K.R. Moore and Ainsley McNaught. I had the intention of returning to Egypt to shoot some of the scenes for a music video for Freedom Song.

When I arrived in Khemet in April 2019, I wasted no time in pitching the idea of a music video shoot to my awesome tour guide, Sayed Baghdad. As one of his careers, Sayed is a multi-lingual (English, Spanish, Arabic) tour guide in Egypt. His knowledge of the history and culture of Khemet will broaden your perception of African history.

I travelled from the city of Cairo to Aswan to meet him. I had the rough draft of the instrumental of the song on my phone, the lyrics in my head and handed the video recording equipment to Sayed. The magic started soon after, and Sayed soon revealed how talented of a videographer he was.

On the day of the shoot, we went to different larger than life and historical places. We began at Abu Simble, the temples of Pharaoh Rameses 2 and Queen Nefertari. When walking towards the temples, Sayed with iPhone tablet in hands, began to film. We did some video trials for some time before heading to go inside the temples.

Unfortunately, we were not allowed to video-record within the structures, so instead, we recorded right outside of them. Sayed was amazing in filming. His angles and eyes for quality shooting spots, solidified my faith in him being an artistic videographer. We then shot scenes at Aswan’s Botanical Garden and the village of Garb Sahel (Aswan) and so on. I will be working with Sayed for future artistic projects and will encourage him to share more of his work with the world.

To connect with Sayed Baghdady for tour guiding in Egypt message D.bé Jayri for further information. For music video for Freedom Song, visit YouTube at https://youtu.be/JaGKR_df1AM.

You can stream and download Freedom Song on all digital music platforms including Spotify and Apple Music. Check out my new website for more about me and my music!

How will Toronto help the live music scene?