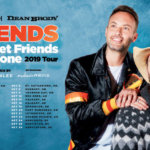 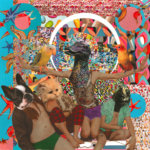 JFL42 Interview: Toronto, Todd Barry Is In You

Here we are, JFL42 time again.  A whole half-month dedicated to wiping the tears that were generated by the powerful wave of dramatic motion pictures that infected our psyches throughout the Toronto International Film Festival.  We need therapy.  Seriously.  We all do.  JFL42 is mandated therapy, so we can survive the impending doom of winter and such.

Thank the Nordic gods for one Todd Barry.  A mainstay on the stand-up comedy stage for over 87 years (but who can count? — seriously, … who?).  You may not know his name, but you do know his face, some are familiar with his smell, but mostly his face.  You’ve seen it everywhere since the mid 90’s.  He may even be stalking you.  Don’t be alarmed, he just wants to talk.

CM:  Thanks for giving us a chance to talk to you, we’re getting ready for you to come up to Toronto to do some shows at JFL42, Thursday thru Sunday, [September 19-22].  Got some questions for you here.  So, uh, first and foremost…. uh… how are you, Todd?

CM:  I recently saw you on Seinfeld’s Comedians in Cars Getting Coffee.   It was a great episode.  Learned a lot about you.

CM:  You’ve been in the game for awhile, you’re one of those guys who has a very recognizable face.  A lot of people know the name, but some people who don’t know the name, when I show them the picture, they are like “Oh that guy, he’s hilarious.”  Do you find that when you’re home and you’re walking the streets, do you get recognized a lot for your acting and comedic work?

TB:  I mean, it happens.  For me, it’s a thing where if I walk around for five hours and no one says anything, I’m not surprised.  But if two people say something, I’m also not surprised.  It happens, you know, a few times a week.  I don’t know what they specifically recognize.  Sometimes they’ll just give me a generic “I like your work.” which I like, I like generic compliments. 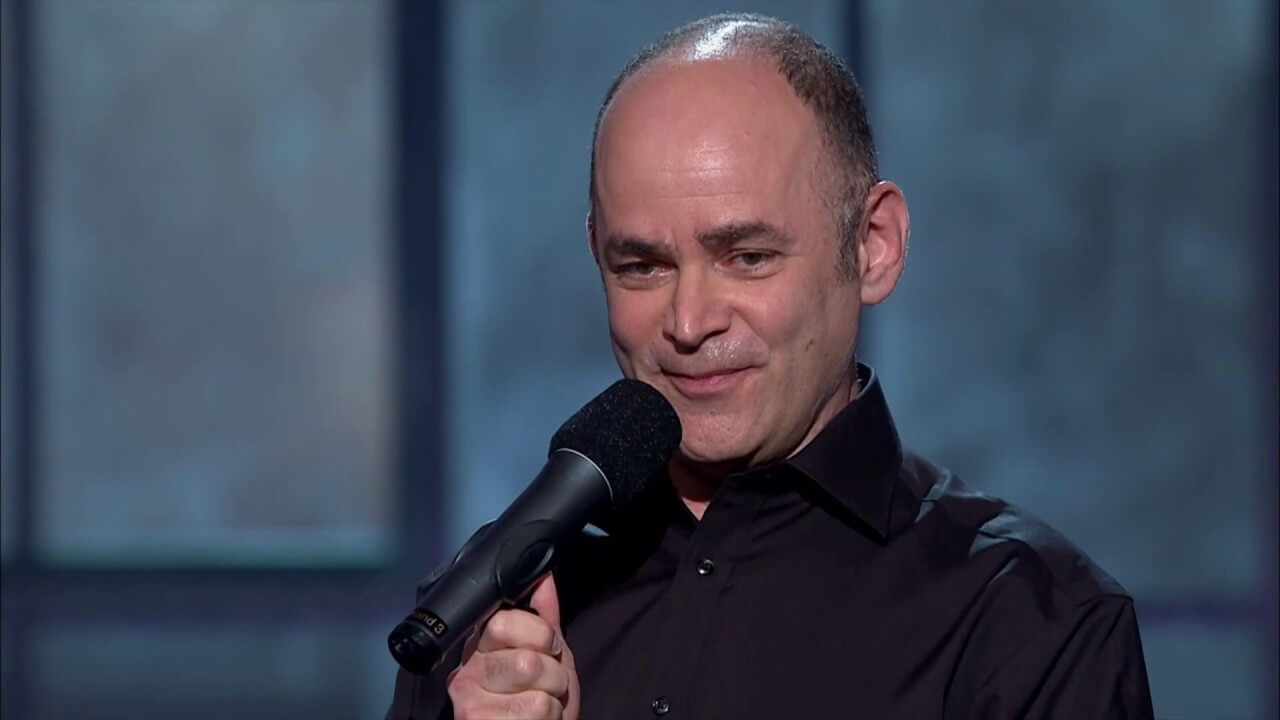 CM:  How do you account for the fact that you have done a ton of work in not just animation, but some of the better animated series that have come out, like Bob’s Burgers, Axe Cop, and Squidbillies, and others?  When you do venture into animation, you tend to land in really amazing projects, is it your voice, or what do you think gets you there?

TB:  Well, with animation a lot of it is, I haven’t done a lot of auditioning for animation, so I feel like once you get one, and then people will just start asking you to do it.  I mean, at least for the animation, that’s the way it is with me.  I did Dr. Katz, and one of the creators of that show created Bob’s Burgers, so he knows me.  I don’t even remember when I got on Aqua Teen Hunger Force.  I don’t actually remember where I met all the people who helped me out.

CM:  So, a lot of it is just connections.

TB:  A lot of it was just like, you did this one thing, do you want to do this other thing.

CM:  You landed on a LOT of great animated programs, not to mention Master of None and some non-animated stuff too.  But to me, when I looked at your list of animated shows, there’s no kids stuff, it’s more adult-oriented, more of the edgier stuff and that’s really what a lot of people resonate to, so I really appreciate your work on those shows.

CM:  You probably get this question a lot, but when and how did you discover that comedy was your thing?

TB:  I don’t know, I mean, I went all through college without ever wanting to be a comedian.  And then I would go to watch stand-up comedy, and a lot of the newer comics [at the time].  Like, you know, I knew about Letterman before he had any TV show.  These guys would pop up and do late night talk shows and afternoon talk shows.  That stuff was very much on my radar.  And then I would go to Open Mic nights and just watch.  This was down in Florida in the late 80s during the comedy boom.  And then I just got this urge to try it.  It felt very weird after because it went really well.  It has since gone poorly many other times after, but that just happened to go well.  At some point, I don’t know, I guess I was in denial about being a comedian, and then like eight months in, I decided I looked like I was trying to do this.  And here we are. 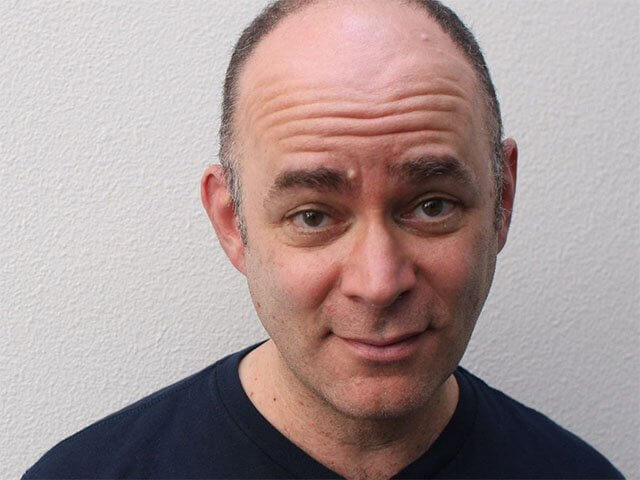 CM:  What did you want to be before you became a comedian?

TB:  I don’t know, they’re two… I’ve never thought about that.  I don’t know that acting helps me be a comedian, and I guess if I’m sort of my comedic self for the roles I get, then I guess that does help the acting.

CM:  A lot of comedians make the transition from comedic acting to dramatic.  Would you want to be cast in a dramatic role?  Is that something you would be interested in?

TB:  Oh yeah, I’d love to be a murderer or something, yeah.

TB:  Or not a murderer, anyone… just not funny. 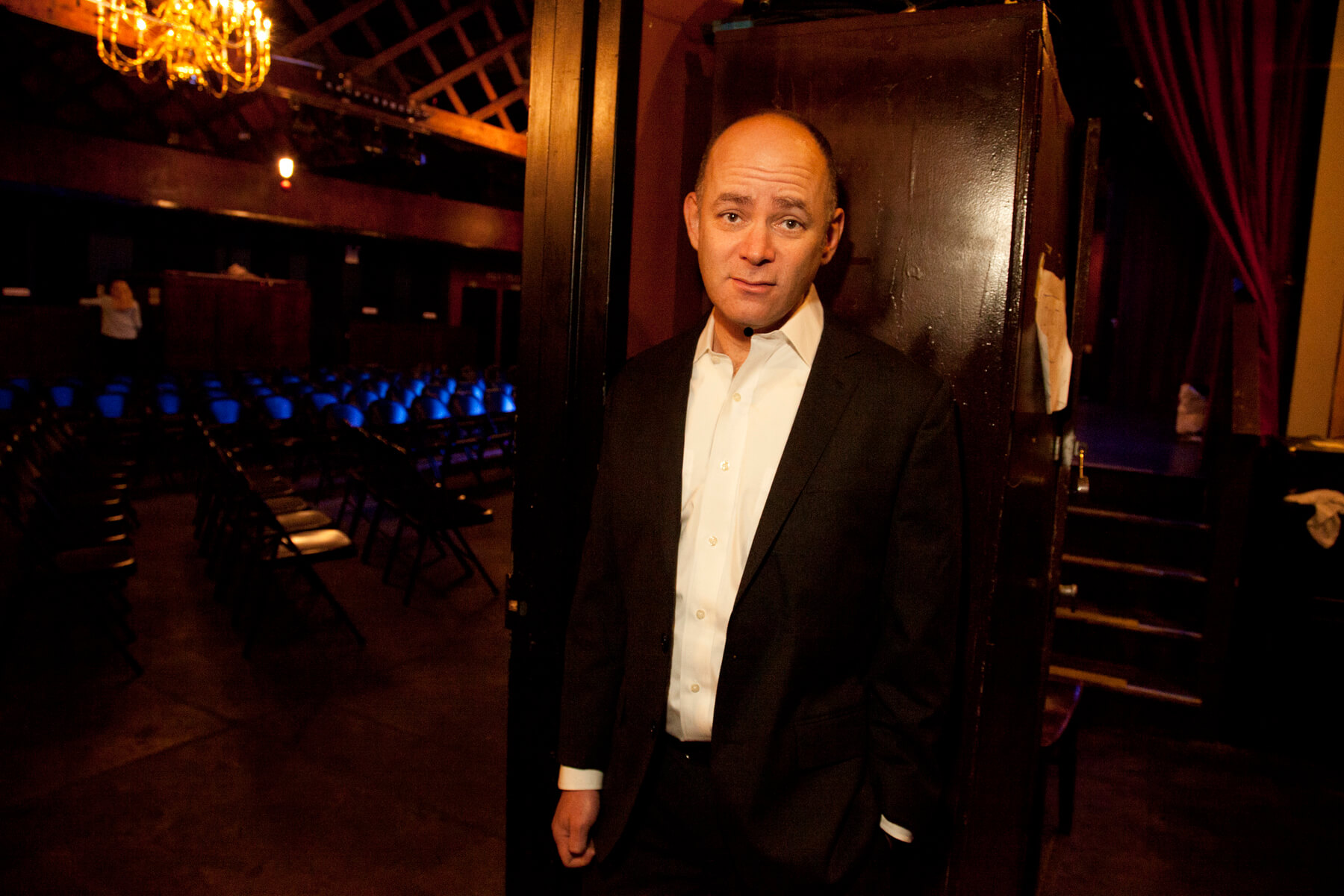 CM:  A lot of people reference your monotone style and your interview on Comedians in a Car Getting Coffee with Seinfeld.  Who you are on stage is really kind of… who you are.  So I just wanted to ask you is it true that, like you, a lot of comedians off-stage are just quiet, kind of observers?  We think you guys have these crazy lives, but really, it’s not really like that?

TB:  I think a lot of jobs are probably less exciting than you might think they are.  Comedians are just — a group of comedians just sitting around are not really — it’s not a non-stop laugh fest, we talk about boring shit also.  Frequent flyer miles and things like that.  But I think some people have an expectations when you’re a comedian that you’re supposed to entertain them even if you’re sitting alone in a coffee shop or something.  I think some people end up getting disappointed when they meet comedians.

CM:  Because they want a laugh on command, which is ridiculous.

TB:  Well no, I think most people are pretty cool, but there’s just a small percentage of people who think “Well, why aren’t you making jokes now?”  I mean, I’ve had it happen at bars and things.

CM:  Are you someone who observes situations and creates comedy out of that or can you create comedy off the dome — you create the scenarios, the build-up, the punchline, everything, not based on something that has actually happened in your life?

CM:   In Canada here, through the Canadian Association of Stand-up Comedians (CASC), we’re trying to make the government realize that stand-up comedy is a cultural art form, so it can get some subsidization like the other art forms do, whether it be painting or acting or writing.  I know you came up during the 80’s boom, but like you said, when things slowed down, you understand the struggle of trying to make a living out of this thing that you do, so how important is it to you that stand-up comedy be recognized as a true art form, just like the other performance disciplines.

TB:  It frustrates me sometimes when people think what we do is like a high-wire act or something or just like “I don’t know how you do that.”  I can see why they would say that, because it is weird job.  Or they think you’re just a piece a shit.  I mean, there’s that also.  And then most people are somewhere in between.  I think it’s an art form, I don’t think we have the subsidizing here in the States.  I wouldn’t want it to get too hoity-toity because that takes the fun out of it.  But yeah, I don’t think comedy in like Academy Awards is recognized nearly as much as someone playing someone who is diseased or something.  To act like comedy is just like a lower art form, I think that’s where I notice it the most — in acting type situations, but I don’t spend a whole lot of time thinking about that.

CM:  Ok, Todd, what do you wanna say to your fans coming to one of your six shows in Toronto at JFL42 on September 19-22?  What message do you have for us?

TB:  I think Toronto is one of the first places I’ve headlined.  It is definitely one of the best comedy cities, consistently.  That little compliment is what I’m gonna leave you with.

Get your JFL42 tickets for his show here.