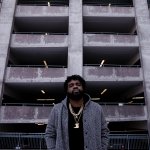 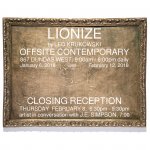 JFL NORTHWEST ADDS A FLURRY OF FUNNY TO FESTIVAL LINEUP

2018 FESTIVAL, TAKING PLACE MARCH 1-10, WELCOMES BILL BURR FOR A THIRD PERFORMANCE, THE LUCAS BROTHERS, AUNTY DONNA,
STOP PODCASTING YOURSELF, VANCOUVER COMEDY AWARDS, RETAIL NIGHTMARES, B-SIDES WITH CHRIS GORDON,
AND ADDITIONS TO THE BEST OF THE WEST SERIES
TICKETS ON SALE FRIDAY, JANUARY 26 AT 10am AT JFLNorthWest.com

In addition to previously announced second performances for Jo Koy and Mike Birbiglia, JFL NorthWest welcomes the following additions to the 2018 lineup:
Bill Burr – Wednesday, March 7 | Orpheum Theatre | 7:00pm
In addition to his two sold-out performances at the Queen Elizabeth Theatre on March 8 (7pm & 9:30pm), JFL NorthWest announces a 3rd performance for Bill Burr to take place on March 7 at the Orpheum Theatre at 7pm. An American comedian, writer and actor, Bill Burr first gained notoriety for his recurring role on the second season of Chappelle’s Show. He developed a comedic styling of uniformed logic that made him a regular with Conan O’Brien and Jimmy Fallon. In 2017, Bill premiered the second season of his hit animated Netflix series, F Is For Family and his fifth hour-long stand-up comedy special, Walk Your Way Out, also on Netflix. He recently completed his fourth European theatre tour, which featured stops in Ireland, the U.K., Amsterdam, Germany, Belgium, and his first appearance at the Edinburgh Fringe Festival.The Lucas Brothers – Friday, March 9 at Biltmore Cabaret at 9:00pm & Saturday, March 10 at Rio Theatre at 7:00pm
Comedians, actors, and writers The Lucas Brothers (Keith and Kenny Lucas) continue their rise as two of the freshest, most dynamic new faces on the comedy scene. Their first one-hour stand-up special, The Lucas Bros: On Drugs, premiered on Netflix in 2017, and they appeared on Season 1 of the hit Netflix series Lady Dynamite, starring fellow comic Maria Bamford. Keith and Kenny are the creators of the animation series Lucas Bros. Moving Co. and voiced the series’ main characters, narrating hilarious and absurdist tales. The brothers also hosted the web series The Super Late Morning Show on Comedy Central and appeared on The Grinder, starring Rob Lowe, and 22 Jump Street alongside Jonah Hill, Channing Tatum, and Ice Cube.
Aunty Donna – Friday, March 9 | Rio Theatre | 9:30pm
With over 169,000 subscribers on their YouTube channel and over 26 million views, The Herald Sun calls Aunty Donna “funny as hell”, and Vulture Mag says “do whatever it takes to get tickets to this show”. Aunty Donna, the award-winning Australian trio, have sold out shows everywhere including London’s prestigious Soho Theatre and Edinburgh Festival Fringe with their little plays, clever dances, outrageous songs, and goofy characters. Their newest show, Big Boys, has debuted to sold out crowds, and their unique brand of surreal, fast-paced, alternative sketch comedy has received rave reviews around the world. Tickets for Aunty Donna on sale now at www.JFLNorthWest.com.
Stop Podcasting Yourself – Thursday, March 8 | Biltmore Cabaret | 7:00pm
Hosted by Graham Clark and Dave Shumka, Stop Podcasting Yourself is a 3-time Canadian Comedy Award-winning podcast based out of Vancouver, B.C. The weekly free-form comedy podcast, which features a different guest each week, has fans around the world and is the only Canadian podcast featured on the Maximum Fun network. Stop Podcasting Yourself was established in 2008, has recorded over 500 episodes, and has featured guests such as Paul F. Tompkins, Brent Butt, Jen Kirkman, John Hodgman, Jimmy Pardo, Debra DiGiovanni, and more. The live shows have sold out all over Canada.
The Vancouver Comedy Awards – Monday, March 5 | Fox Cabaret | 7:00pm
Comedians and comedy nerds, this one’s for you! JFL NorthWest is celebrating the brilliant, the talented, the weird, and the rare in the Vancouver comedy scene at the inaugural Vancouver Comedy Awards – hosted by Graham “Sparky” Clark and Talent Time’s Paul Anthony. Discover Vancouver’s favourite comedy spaces, supporters, podcasts, and everything in between.
Retail Nightmares – Friday, March 2 | Fox Cabaret | 7:00pm
Musician Jessica Delisle and comedian Alicia Tobin’s podcast about the horrors of working in customer service and how ‘puppos’ are the best!
B-SIDES with Chris Gordon – Thursday, March 1st | Yuk Yuk’s | 8:00pm
B-SIDES is a live compilation of throwaways and rarities: the jokes that comedians seldom get away with, but love to tell. With one-of-a-kind oddball Chris Gordon hosting, the evening will feature a diverse lineup of artists showcasing their most offensive, ridiculous, and downright questionable material. After the comics make a complete mess of the stage with their PC nightmares and puns, it’s their turn to experience the discomfort with an audience Q&A.
JFL NorthWest, presented in association with SiriusXM, is also thrilled to announce the following additions to the “Best of the West Series”:
HIP.BANG! AT HOME • HIP.BANG! IMPROV • THE SUNDAY SERVICE

Complete ticketing details for JFL NorthWest, including StayVancouverHotels hotel and ticket packages, can be found at www.JFLNorthWest.com.