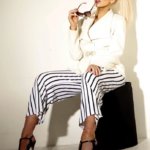 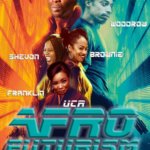 (Vancouver, BC) — Ed Hill announced today the filming dates for his first comedy special, CANDY & SMILEY. Principal photography will take place on Saturday, March 28, 2020 over two performances, at 6pm & 8:30pm, at Telus Studio Theatre at the Chan Centre. Written and performed by Ed Hill, the special is presented and distributed internationally by Comedy Dynamics, a Nacelle Company. The special is directed by Margin Films’ creator/director Quentin Lee, known for Comedy InvAsian and Brash Girls Club.

CANDY & SMILEY is relevant, realistic, and at times — ridiculous. Comprised of stories about Ed’s life and relationship with his parents, the special explores the intricacies and intimacies of a first generation Taiwanese-Canadian family. CANDY & SMILEY is a unique and hilarious journey. It is a close examination of the Asian-immigrant experience, a genuine reflection on the meaning of family, and an honest observation on the cultural identity of a new generation.

Hill is known for appearances on AXS TV’s Gotham Comedy Live, Laughs on FOX, TEDx, tweets that have been featured on The Tonight Show with Jimmy Fallon, Buzzfeed, The Huffington Post, DOSE, and Distractify, as well as three  live comedy albums: Son of Smiley, Canasian, Weirdo Whisperer, which were recorded in Vancouver, Taipei (his birthplace), and Seattle respectively.

Ed’s innate ability to combine culture with comedy has led him to multiple tours around the world, including Canada, United States and Singapore, Taiwan, Hong Kong and Malaysia.

Telus Studio Theatre at the Chan Centre for the Performing Arts