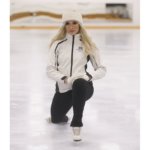 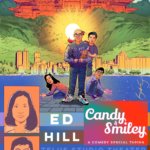 Actress/Model/Influencer Riley Sawyer has been named SUNshine Girl of the Year by the Toronto Sun. This honor follows her recent feature naming her one of the Toronto Sun’s “Girls of the Decade.”

A successful model, actress and influencer, Riley Sawyer and her Pom-chi dog Baby are very popular on Instagram, where she documents her adventures on a daily basis and can be followed @rileeys . Riley Sawyer was recently featured in the new hip/hop music video “You Got Me” by 420 Klick featuring Young Stitch.

When figure skating-related injuries (15 concussions to date) forced her to give up her dream of becoming a professional athlete, following in the footsteps of her cousin – Olympic figure skater Shawn Sawyer, the Toronto-based beauty set her sights on a full-time modeling career. Sawyer is already a hugely recognized local celebrity in Toronto, as she was the No. 1 voted “Sunshine Girl”  by Toronto Sun readers for four months running (which led to her recent honors), made a bikini-clad appearance during a product pitch on Dragon’s Den ( think Canadian Shark Tank), and placed 3rd in the International Maxim Magazine Covergirl contest.

Riley Sawyer has done catwalk modeling for Maison de Couture, appeared in the “My Best Friend’s Girl” music video by The Next Star: Season 3 reality winner Diego Gomes, and hangs out with hottest celebs and athletes when they are in Canada, including JRDN and Jason Derulo.

Check out the new video of the Toronto Sun’s sexy SUNshine models “Girls Of The Year” here: