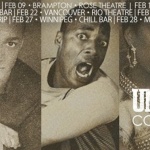 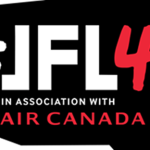 You all know about me, Boss Jo but what do you know about the other co-founder of Mobtreal.com? Andy Famous is the mastermind behind this new reality TV Show.  He is pleased to announce the release of HOTLAP‘s Epsiode 1 series trailer and preview video reel now available on YouTube.

Check out the the trailer below!

“HOT LAP has been a difficult project to find network TV support, as it’s considered ‘too niche’ so we’re now making the move to a branded digital series” says Andrew Shaw, creator of the project. “The release of EP1 to the public will determine the viability of the concept, and I am confident the material speaks for itself.”

In a previous release the production had announced a delay of the USA series of race tracks.

The HOT LAP pilot episode was filmed with Pro6 Cycles Inc. at Calabogie Motorsports Park May 12-15, 2012. Ten challengers who competed during the event appear in the trailer video clip, including a female rider as a featured action segment. The clip includes three dramatic crashes plus a special guest appearance from Jordan Szoke, Canadian Superbike Champion as team coach.

To receive details on the upcoming premiere of Episode 1 – HOT LAP “Training for Pain”, join the Facebook Group.

HOT LAP is the first motorcycle racing game show where challengers compete with cast members for the fastest lap of the day. This unscripted reality TV production plans to film 13 track locations across Canada and the United States, from Canada to California..

Read the article about the first episode from Calabogie Motorsports Park.

For more information about the show, visit the HOT LAP website