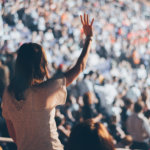 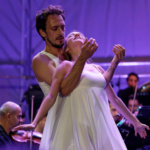 April 13, 2020 – Oshawa, ON. —The Oshawa Music Awards (OMA) announces Long & McQuade’s Kevin Simpson and Jayson Callan as Music Industry Leaders of the Year and “Skye Wallace” for Album of the Year during their online Awards show April 11, hosted by Spoons legend Sandy Horne.

The Music Industry Leaders of the Year award presented to Kevin Simpson and Jayson Callan of Oshawa’s Long & McQuade in recognition for having a substantial impact on the Durham Region Music Industry in the year 2019 and prior. Durham Region Chair John Henry, on behalf of Durham Economic Development and Tourism presented the award and spoke to its significance. Members of the Durham Region Music Industry contributors Jeff Long, Senior Vice President, Sales and Marketing of Long and McQuade, Sheryl Ireland musician & colleague at Long & McQuade, Artemis Chartier, School Alliance of Student Songwriters (S.A.S.S.), Dale Russell, a former member of The Guess Who, and Jonny Matusiak, Audio Engineer and Tour Manager spoke to the significant impact of these individuals.

“Both of these gentlemen have made considerable contributions to their industry of music retail and continue to make a daily impact on our customers and staff… Their staying power in the industry is strong, as was their hairspray when they began,” quipped Sheryl Ireland musician, and colleague at Long & McQuade during her personal tribute to the winners.

Album of the Year was presented to Whitby’s Skye Wallace for her fourth album “Skye Wallace” by Simon Gill, Director of Economic Development and Tourism for Durham Region. Other notable nominees including Ajax’s Sum 41’s “Order In Decline” and Oshawa’s Daniel Caesar’s “Case Study 01”. Skye Wallace spoke about her album and the strong women who inspired it, in addition to her Durham upbringing and the future of her career during the April 11 Live Award Show.

Upcoming award presentations take place live on Saturdays at 7:00 PM EST. The Awards show can be viewed (after) from the OMA website and social media channels, including Facebook, Instagram, and Twitter. Upcoming awards presentations are as follows:

Emerging Artist or Band of the Year on April 18

Music Teacher of the Year on May 2

Artist or Band of the Year on May 9

Best Songwriter(s) on May 16 and Durham Song of the Year on May 23.

Through this innovative approach, the OMAs’ are still able to celebrate the creativity of Durham Region’s music industry, including the tech community.

Toronto theatres creatively delivering performances through to your phone and online