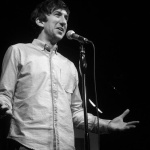 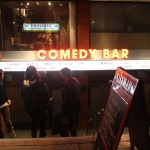 My first night out for JFL42 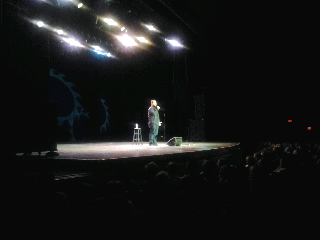 Well, all the humbug buzz going around the festival about credits not getting back to pass holder accounts and not being able to buy a physical ticket for shows has really put a cloud over the festival for many. However this is the format they went with. Buy a pass and get access to shows. It’s not the type of festival they we’re going for. Yes it may suck, but you we’re warned! The first time of anything will have it’s bugs so just try and be understanding people. You weren’t a porn star when you first fucked. I’ll let you know where I stand at the end of the week.

Right now lets talk about Amy Schumer. What a great show! Opening for Amy was Tom Segura. Gabe had seen him 3 times already, me? It was my first. I popped my Segura cherry. And he was amazing. He had a brilliant bit on his asshole of a doctor. It reminded me of the bit I’m working on. Obviously when it comes to my doctor and his rituals,it’s a completely different subject of course. Amy came out to a room that was sold out just for her. She did not disappoint. I have to thank her again for giving us 5 minutes of her time to talk to us. We really appreciate it and you’ll see the write up on that very shortly. She was really chill about it. 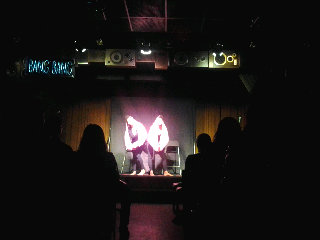 Next stop was the Drake Hotel to see Kelly Carlin…. Or so we thought. When we got there, down the stairs we went to a small intimate venue, which is what I prefer when it comes to stand-up comedy. What we thought was an opening act turned out to be the show. Pomme is French for Apple is what we were watching. Wow! Liza Paul and Bahia Watson created and performed one of the most original, hilarious and outstanding show I’ve ever seen. The only props needed were two chairs, a table, 2 glasses, a bottle of “vodka” and 2 pink scarves wrapped around their heads. This was the pum. You see Pomme is actually French for pumpum. Pum is yard for pussy. If you know anything about the Caribbean or the West Indies, you would of been like me, laughing uncontrollably because I related so much to this piece. There was apart that was like watching my mom on stage. Accent and everything. Definitely had tears coming down my face. When I was going through shows to catch while I was in town, I remember browsing over this one.
And all I thought was:
I don’t need to see another frenglish show, especially OUTSIDE of Montreal. 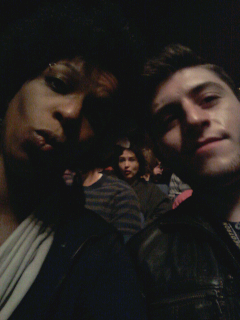 MARK LITTLE: BACKSTAGE AT THE RIVOLI