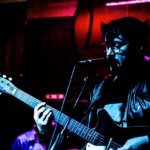 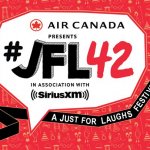 Luenell is coming to the Comedy Soul Food Festival

This past Tuesday, I got to chat with the uber talented comedian and actress Luenell about her coming to Toronto this weekend for the Comedy Soul Food Festival. If you’ve never heard of Luenell, let me jog your memory.

With initial appearances in films So I Married An Axe Murderer, The Rock, Never Die Alone and television shows “Nash Bridges” and “The Tracy Morgan Show,” it was Luenell’s breakout performance as the ‘hooker with a heart of gold’ in the blockbuster 20th Century Fox film Borat: Cultural Learnings of America for Make Benefit Glorious Nation of Kazakhstan (starring Sacha Baron Cohen) that truly brought her international fame.

In 2015, Luenell was inducted into the Arkansas Black Hall of Fame. In July 2016, she was appointed to the Board of Directors of the Hollywood Diversity Association. And 2017 brought her the distinction of being the first mature, plus-size, African-American woman to be featured in Penthouse Magazine. Yeah, that’s right.

This woman is on fire. I was so happy to catch up with her after our chat from last year when she was in town for Comedy on the Fleek.

How do you feel about coming back to Canada and what are you most looking forward to?

I’ve made some great friends here which is awesome. I like Canada because it’s a new and different experience for me. The different people and the different accents up and down the street. When I’m in Montreal I brush up on my French and in Toronto, I see so many different cultures of people and different types of black folk that are here in Canada. I was always worried about my comedy being too much. We think everyone is classier than us in California because we’re kind of gut bucket out here. But I get welcomed and treated so well, I have so much fun, the guys are cute. The Soul Food Comedy Festival sounds great and I’m looking forward to coming to the Queen Elizabeth Theatre. I’m very anxious to come back.

You’ve been in many movies and have acted with many stars. If you could choose anyone to star in a movie with, who would it be?

I would want to work with some real heavyweights to make me step my game up. I usually get cast in movies so that I can bring my own self to it, my Luenell to it. But I would like to work with a Meryl Streep, Al Pacino, Angela Bassett, Idris Elba. It would make me have to really crack down and challenge myself. Pressure makes diamonds. If I were to work under that type of pressure I could take myself to another level that I may not even know about. I would like to do something like that.

What is your production company about? What’s the name and what would be its focus?

L. Murder Inc is the name of my corporation and business. L is for Luenell and Murder is cuz I’m trying to kill the game out here. The name would be L. Murder Productions. It’s not formed yet but we’re working on a project with Amazon for a show and this would start my production company.

I have a good eye for talent and would like to get in a position to procure and develop new artists coming out. There are a lot of people coming out doing a lot of things but I’m very old school.  I’m like that MGM machine where they used to take the talent and teach them how to walk and talk, eat and speak, present themselves. I don’t think that’s time wasted on grooming talent like that. I think that will make them stand above the rest. You have a lot of artists that can perform but when they get to do an interview they are just lackluster.

I know some great actors that can act their ass off as long as they are reading off the paper but when it comes to doing an interview, they were horrible. I want to be able to do stuff like that and nurture somebody in all things they should or shouldn’t do.

What advice do you have for comedians who have been grinding it out for years and haven’t made it yet in their mind?

First of all, take yourself off a time limit. You can’t get what is meant for you until it’s time for you to get it. You can grind for 6-7 years, you can ground for 16-17 years and you can grind for 27-37 years. It’s all about when it’s time for you. Of course, you can speed things along, be at the right place at the right time, network, meet people, be friendly but take yourself off a time limit of when you are going to make it.

Some people may say I have made it. But for me, I know in my mind, I’m not where me making it is – I’m not there yet. You have to stop thinking about making it and do it because you love it. Because you like to entertain people, it makes you happy in your soul and keeps your blood pressure down. But nobody wants to hear that because they want the money. It will be a quick way to get it but a quick way to lose it too.

Meryl Streep didn’t get in this business to make it but because she felt that’s what she was born to do.

Do it because you love it. You have to be like a racehorse with the blinders on.

Do you think it’s ever too late to start doing comedy?

I don’t but I’m probably wrong. I don’t think it’s too late to start doing comedy and in this crazy world, it’s not too late to become a star either. The lady who said, “Where’s the beef” in a Burger King commercial and she made millions of dollars and she was a 70-year-old woman. The girl who won American Idol, she didn’t have the Rihanna looks but she won because she loved singing and she became a huge star. I think society is youth obsessed but if you have something to say, you have an opinion and you want to have some fun, then I would say it’s never too late.

If I saw your show last year, Comedy on the Fleek, what can I expect to see at your show this Saturday?

It’s not the same material. I have the same theme, very grown up, very sexual. There are some racial things in there because we have a different President and there are some topics I need to voice my opinion about.

You never know how I feel or how many beverages I’ve consumed, you may see some singing. But it’s to laugh at ourselves and to point out the similarities we have.

My main goal is to make everyone leave exhausted from laughter, talk about the show for days, tell all their friends they missed it and get on social media and say what a great time they had. Endorphins high, a big smile on their face, feeling way better when they leave than when they came.

Where do you see Luenell in 5-year?

If I’m so lucky and blessed as to be here in 5 years, I would hope that my shows I’m working on are in their 2nd and 3rd seasons and a little more financially blessed. I would hope that I don’t have to travel as often and stay in town to develop my shows and maybe write a play. I just want to continue making people happy, make money doing that, take care of my child and make my little space in this world a happier and better place.

Thank you for chatting with the Mob Luenell and we’ll see you this Saturday. Catch Luenell at the Queen Elizabeth Theatre September 16th at 9h30pm. Looking to laugh all night? Catch the Blow Yo Trumfet starring comedian Trixx.

Buy your tickets today – get two shows for one! Learn more at soulfoodcomedyfest.com.