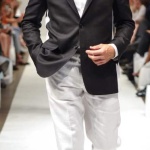 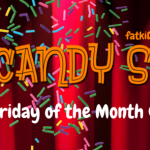 Jets or No Jets Billy Bishop is the Question

If you’ve ever flown into Toronto and experienced Pearson International you’ve got to try the Island Airport next time.

There is something magical about landing on the lakeside of Toronto, seeing the city appear before your eyes as you descend into Canada’s urban playground.

The sights of the CN tower and the curtain of glass that surrounds it is marvelous, peeking out from beneath the skyline silhouette there’s the Royal York Hotel, itself an architectural gem and the Rogers Centre which we all know is still the Skydome, plus ribbons of railway tracks and six-lane highways hugging the waterline and sprawling in all directions.

Every island touchdown is followed by a generous amount of braking and rear thrust. At a length of just 1,216 metres or 3,990 feet the primary runway starts and finishes with lake Ontario on both sides.

In the good old days, which is just last year, you would clear the airport in about 15 minutes on domestic flights and queue up for a ferry, which would cross a grand total of about 300 meters of water. I used to like the boat ride. It was a nice way to punctuate air travel. Jump on a street car and you could travel by Air, Sea and Rail all in one day.

The Billy Bishop Tunnel is now open, so the modern traveler can simply traverse under the harbour channel and pop-up on the other end with the help of some massive escalators and be one your way in no time.

Believe it or not the tunnel construction was still under hot debate right up until construction. It was a should-we, shouldn’t-we kind of argument, all the while the diesel ferry continued its service crossing the narrow channel. An earlier tunnel was attempted back in 1935 which met with failure at the time. It’s very similar to the debate around adding jets and more runway length. The fatal flaw is trying to stop progress. It’s an uphill battle to resist the desire to add capacity, after all, business is what business does.

You can still ride the ferry which carries fuel supply trucks, cars and cargo to the island, should you choose, but I’m sure the next generation of island fliers will never take time to appreciate the experience of waiting a few minutes.

The airport has been a bit of a love-hate relationship with some folks in Toronto. There has been a consistent effort by Porter Airlines, one of two island carriers, the other being Air Canada – to introduce ‘Whisper Jets’ to the fleet of aircraft flying to and fro, but residents of the Toronto Islands (yes, there are islands in Toronto) and some of the recreational maritime community have resisted this development.

The trouble lies in the extension of the runway, a couple hundred meters, to be added to both ends to accommodate the longer take-off and landing requirements of jets. The Porter proposal calls for adding 200 metres at each end, plus an overrun usage assumption, for 1,658 metres, or 5,440 feet.

On one hand, this may compromise the sea lane right of ways for sailing ships and water craft, so much so that the harbour would potentially become ‘unusable’ by this group. On the other hand, the island residents, descendants of Toronto-hippies turned environmental activists don’t want the noise or fuel pollution to interfere with their serenity.

The vocal minority would have you believe that this airport will totally ruin people’s ability to enjoy the waterfront. And of course, displace marine life and habitat during jet-way construction.

I’ve checked the lake, and I’m pretty sure we could lose a bit of seaweed which appears to be the only habitat for a couple of overgrown Asian carp left patrolling the urban waters of the inner harbor.

I’m confident that if we add a couple hundred meters of fresh sea-wall during the runway extension the slime and fish will soon take up residency. Otherwise, we’ve got a gazillion more miles of shoreline around Lake Ontario. It’s one of the largest fresh water lakes in the world, and that won’t be changing anytime soon. Move along fish, there’s business to be done here.

It’s a crass view environmentally speaking  – and I’m surely in danger of over simplifying the position of those against the development of the airport – but I can’t help but consider the potential economic impact of the island airport and its contribution to bringing new business activity and wealth into the downtown core, when weighing the jets-no-jets issue on a set of intellectual scales.

We’ve only got one harbour, and one island airport, and therefore one chance to get it right. And by getting it right I mean facilitating expansion.

I’ve flown to-and-from the island over thirty times doing business between Montreal and Toronto over the past couple of years, and it’s far-and-away my favorite port-of-access to Toronto’s downtown core.

Anything that can improve the availability of more air carriers, and better price competition, with greater access to more international destinations from this travel gem of an airport ought to be supported, as business travels both ways when rapid and affordable travel access is realized.

Sweet Comedy on the Danforth has arrived