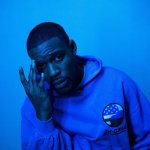 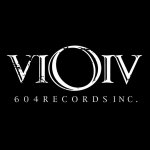 Toronto multi-media artist, Adeyemi Adegbesan, is making reverberations. Born of Nigerian parents, this young phenom has been creating since he was a child, mainly to entertain himself. His mother raised him on her own. She was a nurse, she worked nights, so Adeyemi would entertain himself during the day by tapping into his creative imagination and bringing those complex images and ideas to life.

Eventually, he went from painting, to creating his own t-shirts, to designing tattoos to directing music videos for local hip-hop artists, to photography, and now his most recently observed venture, digital artistry.

In the last five years, he has worked hard on establishing himself as a commercial photographer. He has created an individual online identity for himself as a photog, @soteeoh; which is separate from his digital artist identity, @yung.yemi.

“I love photography but, as a commercial photographer, it’s always a balance between my perspective and the client. With Yung Yemi, I’m just using all the different skills I picked up over the years and just making shit that is 100% what I want to make.”

– Adeyemi Adegbesan from an interview he did with Revolt in 2017.

Adeyemi Agbesan’s eye is not only Afrocentric, it is Afro-futurist, Afro-pop and, a term that he has coined: “Afro-hustle”. His work, he says, is comprised of “equal parts hard work and vivid dreams.” His quest is to emote power through black excellence. An example of that is the album cover he produced for Toronto artist, Allie‘s latest project entitled Nightshade.

Yung Yemi’s influences include other graphic artists like Wangechi Mutu, Hush & Shepard Fairey. He even sites Kanye West as an influence: “He really values the visual aspect of everything he’s involved in. He’s definitely inspired a lot of my art over the years.”

Instead of choosing an historically black icon to highlight this Black History Month, I’ve chosen Adeyemi Agbesan. When I came across his artwork in Toronto’s Union Station as part of the Us. Here. Now. exhibition, I was moved on multiple levels. First, there is beauty in his work. Iconic beauty and crispness. His detail is on the verge of neurotic in all of the best ways. His art represents the style of this generation where resolution is king and Instagram is something to be mastered, not a tool for selfies. He has leaned into the sharing of his unique vision through the “Instagallery” as opposed to locking it away. It is for the masses — but for reasons that are deeper than you may realize.

I believe that self-promotion has very little to do with what Adeyemi creates. He juxtaposes his speculatory work with artists like Lauryn Hill, Janelle Monae, Erykah Badu, and Solange, with images of unrecognizable black people that could be you or me, or anyone we know. All his depictions, whether the subjects are known or anonymous are adorned as kings or warriors. He aligns us as keepers of incredible talent, skill, and intellect in our own Wakanda-like existence. He brings the kings and queens of our African history into the future, by updating the resolution as well as the material items that we hold dear in urban culture. The image below has eye-wear that he attributes to Levar Burton’s Geordi LaForge, and part of Kanye’s Adidas “Yeezy” sneaker as a facial adornment. Adeyemi manages to reach into the regal African past, while manipulating present references in order to bring us into a future where the king and queens within all of us re-emerge.

Black History Month is for looking back at all the accomplishments of those who came before us. That will forever be true. But this black history month, I am celebrating the vision of one young African-Canadian artist that has an inspiring, unique, and legendary vision of a version of a black future. Possibly, idealistic, yes, but if it can help a young black child to see themselves as kings, queens, or warriors, with a rich history, then Adeyemi Adegbesan’s imagery can be just as potent as the influence of some of this country’s true black groundbreakers, like Viola Desmond.